On the far eastern side of Russia, the Kamchatka Peninsula lies between the Sea of Okhotsk and the Pacific Ocean. Kamchatka opened to Western travelers in 1992 and is known as the mother of all wilderness fly fishing regions. There are an estimated 1000 potentially awesome trout, salmon, and steelhead rivers in Kamchatka. Since the end of the Cold War, the fishing community has collectively explored about 30 of them.

The Fishing on the Northern Wilderness Floats is a combination of mouse and streamer fishing, with the occasional rising fish on a classic dry fly. The rivers fished include a tributary of the Sedanka (called Turusheva), three different forks of the Pirozhnikova (Upper Prizhnikova, Rassoshina #1 and #2), or the lower Sedanka down to the Tigil, or the Perevalovaya. Each river is rotated throughout the season and rested at least two or three weeks so that every river is floated at most two or three times in a season, guaranteeing a true, unimpacted wilderness experience. The chances are better than good that every fish you cast to has rarely seen a fly.
Rainbow trout are plentiful and aggressively attack mice, streamers, and will rise to dry flies whenever bugs are spotted drifting down current. You'll target large rainbows averaging 18-24", with fish up to 28 inches and 8 or 10 pounds an everyday possibility. Anglers can expect these rivers to have the best mousing overall.
You’ll float and fish each day, typically exploring between 30 and 40 miles of river during a five-day trip.
Other Species: Expect a large population of sea-run Dolly Varden, plenty of the endemic Russian white-spotted char, or kundzha, as well as a variety of Pacific Salmon species including chinook, sockeye, chum, cherry, and coho, depending on the time of year. 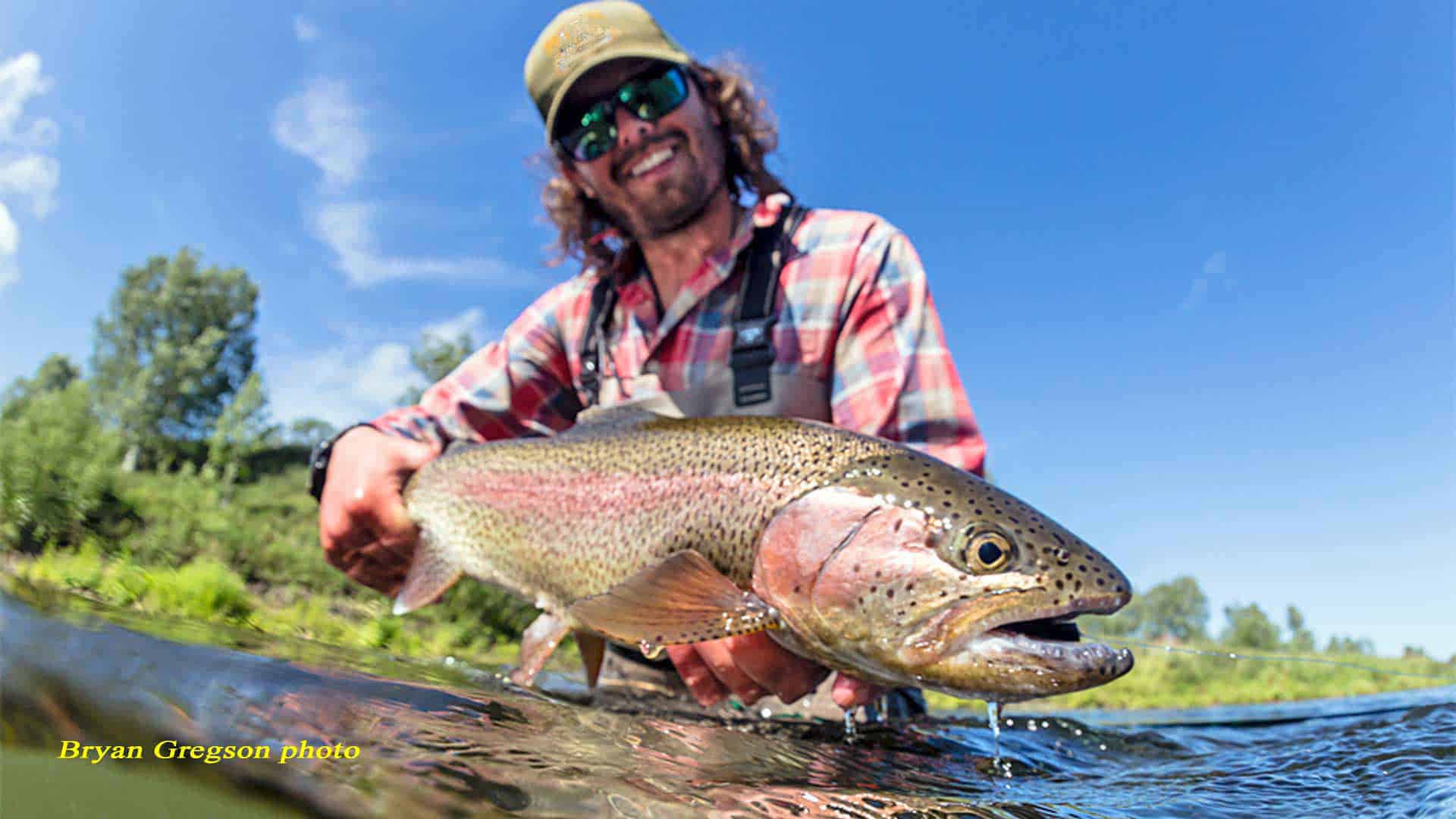 Fishing Season runs from late July through September.
By Month:  July is the peak dry fly fishing time and is often heavy with mayfly and caddis hatches. In August, the salmon enter the river. Target rainbows with mouse and streamer flies during the day and dry fly fish in the evenings. In September, trout are easily taken with surface skaters like mouse and floating baitfish patterns. Salmon are in full spawn in late August and September.
Fishing methods:  Up to three fishing methods are employed—Mousing is the most prevalent. Dry flies and streamers can also be productive. Use traditional floating lines and size #10-18 gray-bodied caddis and mayfly imitations with success on the Sedanka, especially in July and again in September.
Rafts:  Inflatable rafts are used solely for transportation. All fishing is done wading on foot. Two anglers per guide and raft.
Guides:  They employ a guide rotation system, so each group of two anglers spends two days with each guide. The staff consists of one North American head guide and two seasoned Russian guides.
Fishing Equipment: is not included in the package. A comprehensive gear and tackle list is included in our confirmation packet.
Fishing Licenses:  are $100.00 per week, and not included in the package.

Tents: high tech four-season mountaineering tents Each pair of anglers are responsible for maintaining their own tent and inflatable sleeping mattresses. For Camp, You must bring your own sleeping bag, bath towel, and headlamp. Also, pack rain gear and Deet.
Electricity: There is a small generator that travels with the gear. If you want to re-charge camera batteries and other electronics, let the guides know, and they’ll fire it up for you - an adapter is required. Russia operates on 220-volt output. You will need the two-pronged outlet adapter, standard for Continental Europe. Most modern cameras and devices will accept the 220-volt output.

The float trips are based on a loose daily schedule with long fishing days. The weather can range from warm and comfortable to cold and wet. You'll need to be prepared for both.
7:00 a.m. Tea and instant coffee.
8:00 a.m. Leisurely breakfast followed by camp breakdown.
9:00 a.m. Start floating and fishing the river.
Midday - Stop for lunch.
7:00 p.m. Set up a new camp.
8:00 p.m. Dinner. Evening campfire sessions always include traditional Russian toasts to the successes and most dramatic moments of the day.

Getting to the Put-In:

There are a few different ways to get to Kamchatka, depending on the season.
Direct Flights Via Alaska: For a few weeks each summer, there is a weekly direct flight from Anchorage, Alaska to Petropavlovsk, Kamchatka. Via Moscow or Seoul: There is a daily flight from Moscow that arrives at 10:00 a.m. to Petropavlovsk, as well as a daily flight from Vladivostok (via Seoul) that arrives at 8:40 a.m. It may be possible to arrive the same day of your scheduled departure to the river, AS LONG AS YOU ARRIVE NO LATER THAN 10:00 a.m. However, we strongly recommend that you arrive one day early to acclimate yourself.
Please request an information packet for full travel details.

Wilderness Float Trip
6-nights on the river
and 5-days guided fishing
$7,495.00 per person

All ground and air transportation once in Kamchatka, all food at the camp, accommodations, and guided fishing.


Packages Do Not Include:

Airfare and travel expenses from your home to Kamchatka, Russian Visitor’s Visa, the hotel and meals in Anchorage (approx. $200.00), fishing gear, flies, fishing license ($100.00 p.p. per week), gratuities, mandatory medical evacuation insurance, alcohol, and anything not mentioned under inclusions.
For the 2021 season, a modest amount of beer and vodka will be provided in camp by the outfitter (Three 16 ounce beers per person per day and the equivalent of a half bottle of vodka per person per week).

There is no surcharge to come alone. Kamchatka attracts adventurous single anglers. Many people opt for multiple-week trips. The Wilderness Float Trips can easily be combined with the Sedanka Spring Creek Camps at significant savings.

Package Includes:,brAll ground and air transfers once in Kamchatka, all food and accommodations at the camps, (on the Zhupanova and the Sedanka), and guided fishing.

Package Does Not Include:  Airfare and travel expenses from your home to Kamchatka, the hotel and meals in Anchorage (approx. $200.00), Russian Visitor’s Visa, fishing gear, flies, fishing license ($100.00 p.p. per week), gratuities, medical evacuation insurance (required), alcohol, and anything not mentioned under inclusions. 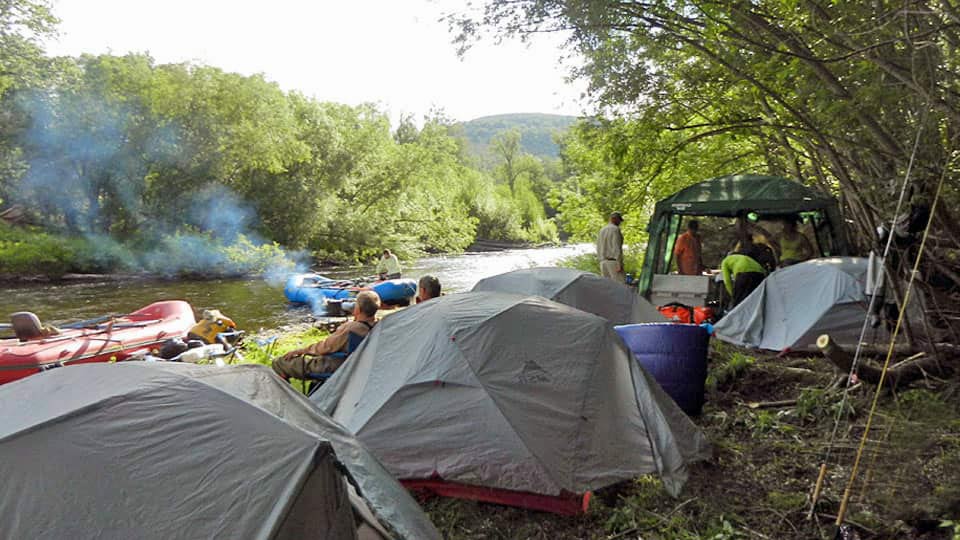 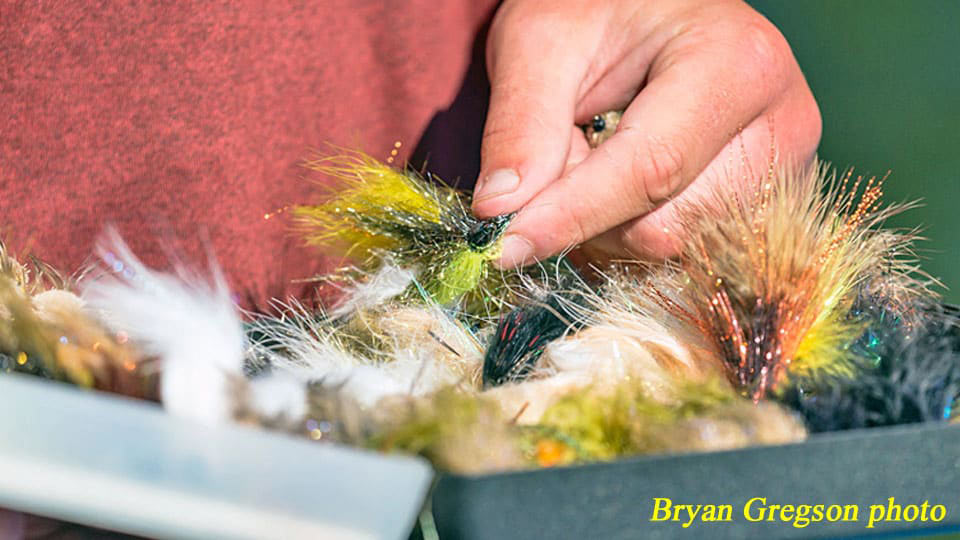 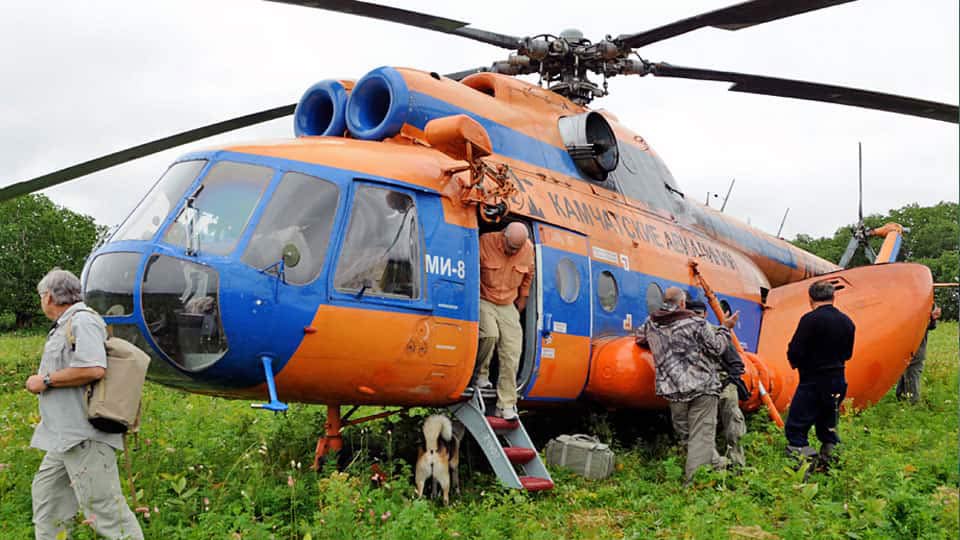 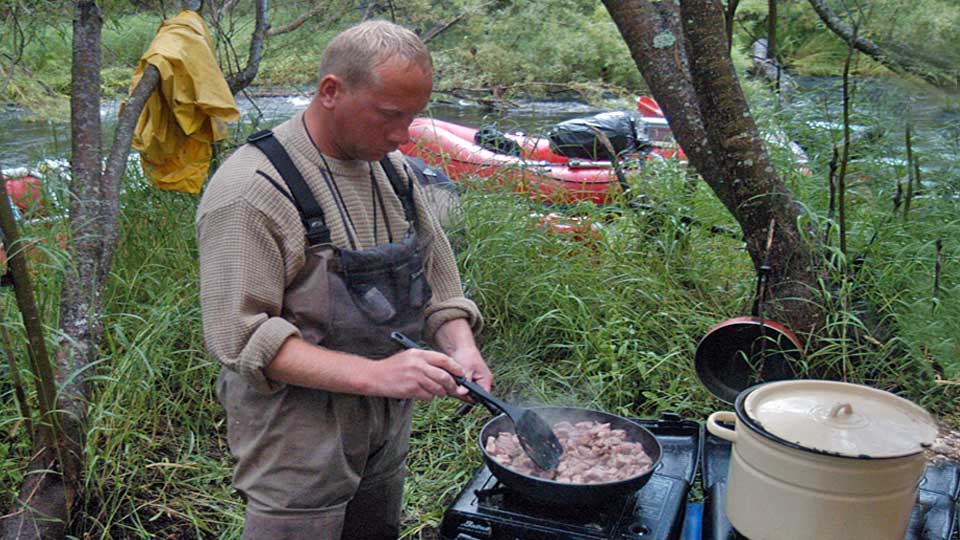 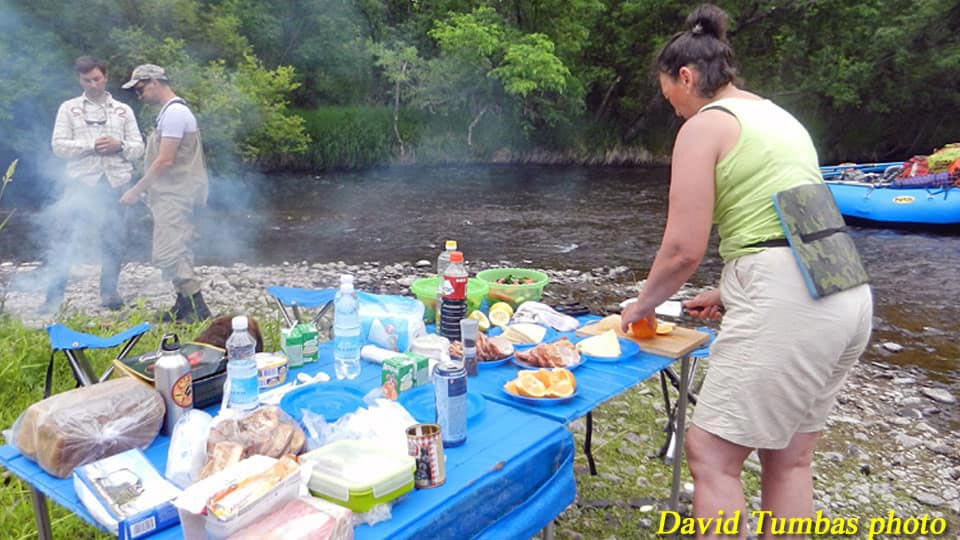