Jardines de la Reina, is Spanish for Gardens of the Queen, and was named by Christopher Columbus. The JDR is a vast protected marine park. Fly Fishing only. The archipelago lies 60 miles off the southern coast of Cuba and is made up of more than 600 cays and islands. The pristine chain of islands is very similar to the Florida Keys. The undisturbed flats run on for miles and miles. Here, you'll find some of the best-protected saltwater fishing with variety that's available. Please note, that Wi-Fi is not available on the liveaboards.

Getting to the Liveaboards:   Many US cities have direct flights to Havana. You can also book direct flights to Cayo Coco (CCC) from Canada or Mexico. If you fly to Havana, plan on staying overnight at a hotel here before and after your fishing trip. The private bus transfer to Jardines de la Reina from Havana departs approximately. 7:00 a.m. and takes 6-8 hours to get to Jucaro Port. If you fly to Cayo Coco, the ground transfer takes 2-3 hours from the airport to Jucaro Port. Your entire group must arrange for the same flights to avoid private transfer costs. The ground transfer between Havana and the Port of Júcaro runs approx. $150.00 p.p. one-way, and is not included in the package. (The group transfer from Cayo Coco to Jucaro is included the package.)

Avalon Disclaimer:  At all the Avalon liveaboard yachts, you can choose to book individually or you can also book half yacht. Liveaboard vessels require a minimum occupancy to operate every week. In general, this minimum occupancy corresponds to the total number of rooms on each ship (for example, on a 12-room vessel, we are unable to operate with less than 12 anglers onboard). In the case of reservations confirmed for HALF YACHT, if said occupation is not fulfilled at the time of the trip, either by the group itself or by other groups reserved directly by Avalon, Avalon reserves the right to relocate the group in another boat or accommodation, always respecting the destination and on the same dates as confirmed for the group.

Fly Fishing Gardens of the Queen

Permit: Permit are the ultimate flats challenge, and many fly fishermen have been taken to school by this wary fish. The best locations in Cuba to consistently find permit are in Jardines de la Reina and Cayo Largo. Both locations are 60 to 80 miles offshore, along Cuba’s southern coast. The optimal times to fish for permit here are between March and July, as well as in the month of November when the tides are high. Like Cayo Large, JDR is also an outstanding location for Grand Slams and Super Slams, in large part because the permit fishing is consistently good.
Tarpon:  For their Avalon locations, JDR and Isla de la Juventud are the best for tarpon fishing. Peak tarpon fishing is February to late-July, with April through July being the best time for large tarpon.
Bonefish:  are available year-round at all Avalon operations. In JDR, the morning winds often calm down in the afternoons, and fishing in the late afternoon can be superb, especially for bones.
Mutton snappers:  are everywhere in the JDR, and plenty are found and landed on the flats, a real rarity. This is perhaps the best and only place in the world where you can expect to catch mutton snappers on the flats.
Numerous other species:  Anglers that want to troll off the reef with plugs, bait, and even flies, encounter many other species of fish. Various snappers, including the huge cubera snapper are present as well as groupers, jacks, kingfish, albacore, wahoo, bonito, and big ‘cudas. One group of visiting anglers caught 25 different species of fish off the reef in one day. 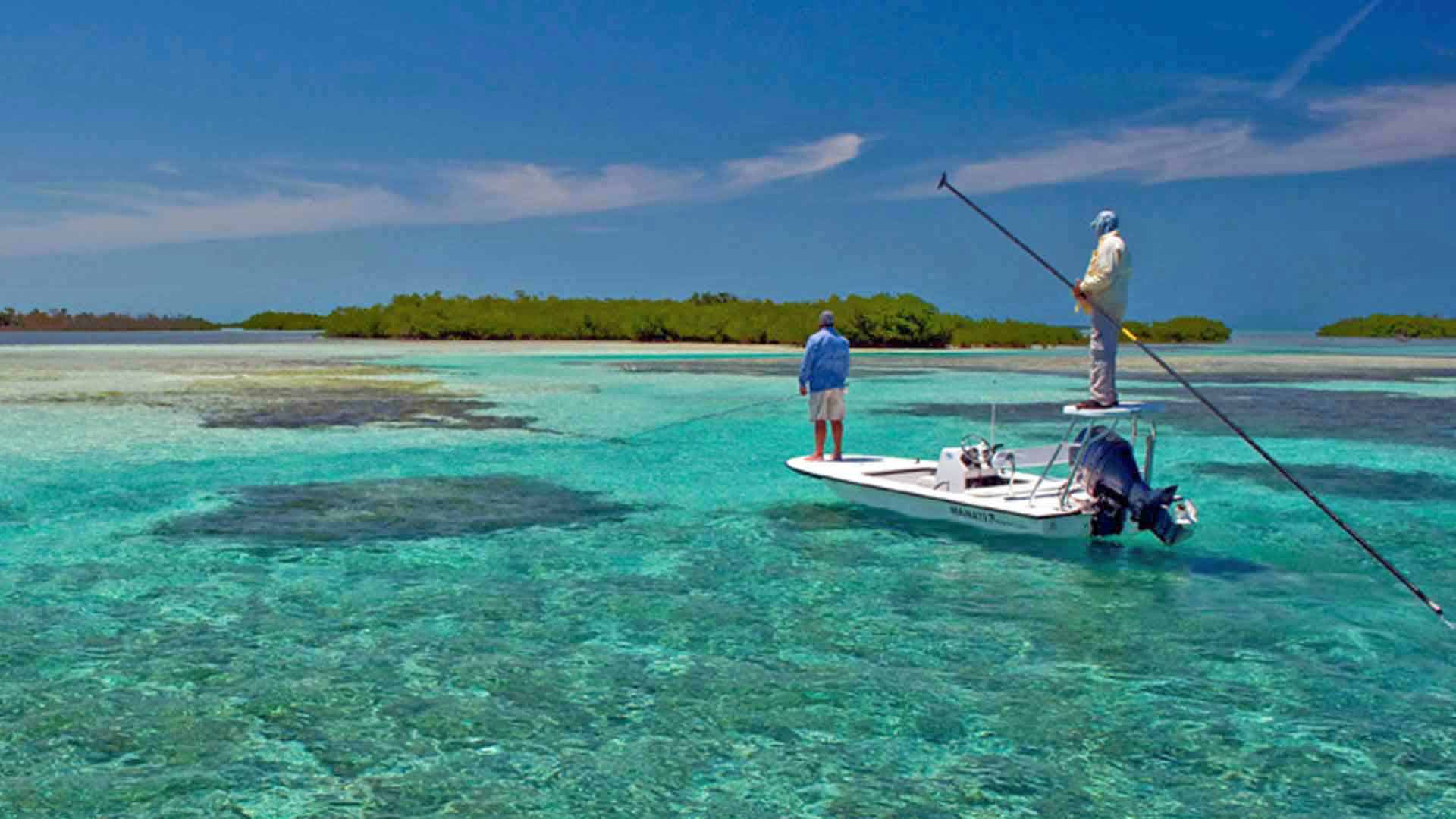 Jardines Season:  is year-round. Peak tarpon fishing is from March through July. Most flats are within 15-minutes of the liveaboard.
Boats:  Avalon has a mix of Dolphin Super Skiffs with 60- to 70-HP motors and light fiberglass Mitzi skiffs teamed with 40-HP Yamaha two-stroke engines. Each skiff has a poling platform for the guide along with rod holders and generous storage space located at both the front and back of the boat. Two anglers per boat and guide. There are no fuel limitations with Avalon.
Guides:  Local guides are excellent fishermen and are very skilled at finding all species. They were born and raised on these waters, and know the ocean and the flats very well. The guides speak Spanish, yet also enough Fishing-English to get by.
Rental Equipment:  is available for fishing and diving and must be confirmed and paid 60-days before arrival.
Fishing Equipment:  is not included in the package. Equipment rental is available for $350.00 per week, and includes rod, reel, and lines.
Fishing License is included in the package.
A Marine Park Conservation Fee is included for 2023; and an added fee of $300.00 p.p. in 2024.
Diving Equipment:  is available for $250.00 for full set of diving gear per week.

You’ll fish from dawn until dusk, 8 a.m. to 5 p.m.
A typical fishing day begins with breakfast at 7:30 a.m. Your guides are ready to depart for fishing by 8:00 a.m. Morning winds often calm down in the afternoon, and fishing in the late afternoon can be superb, especially for bonefish. You’ll take a packed lunch. You’ll be guided for seven to nine hours each day. You'll return to the liveboard at dusk, about 5:00 p.m. Enjoy appetizers at 5:30 p.m. and then dinner at 7:30 p.m. 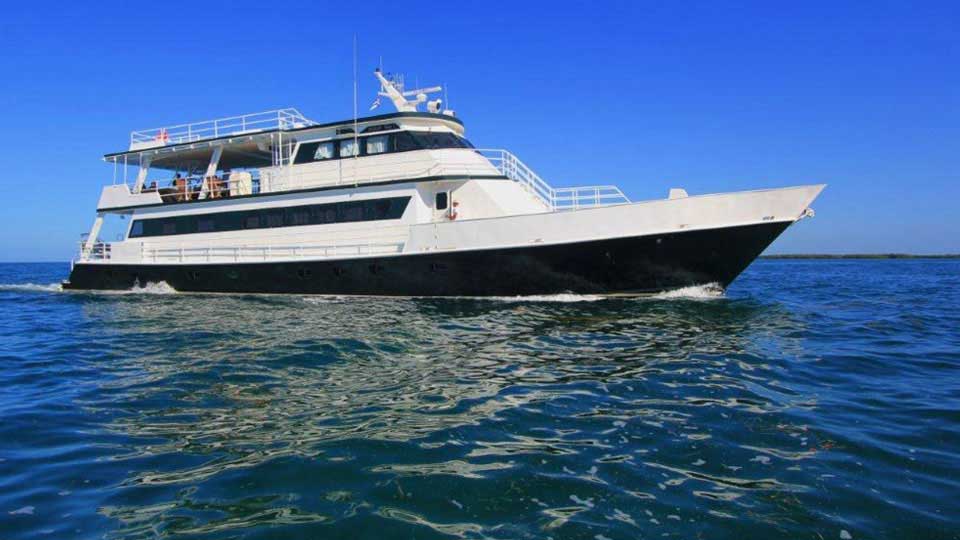 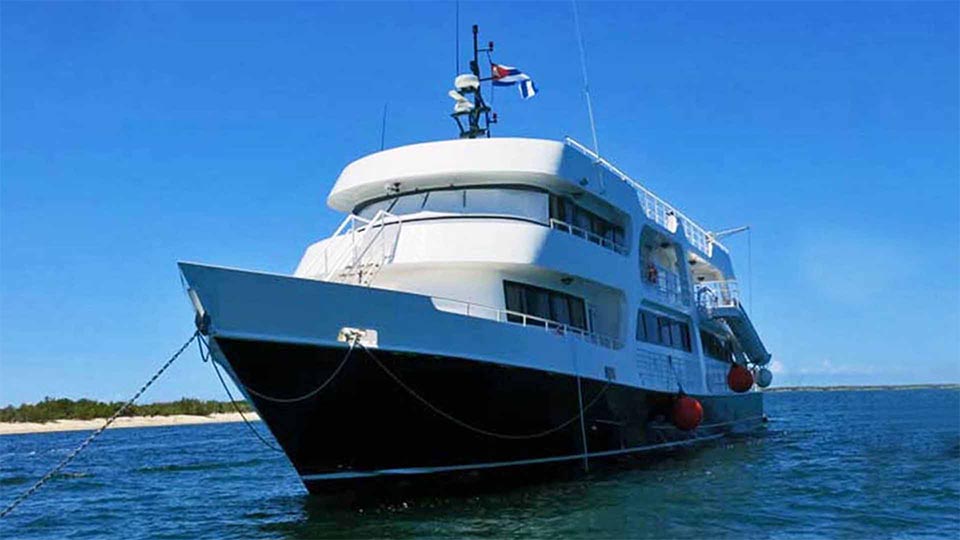 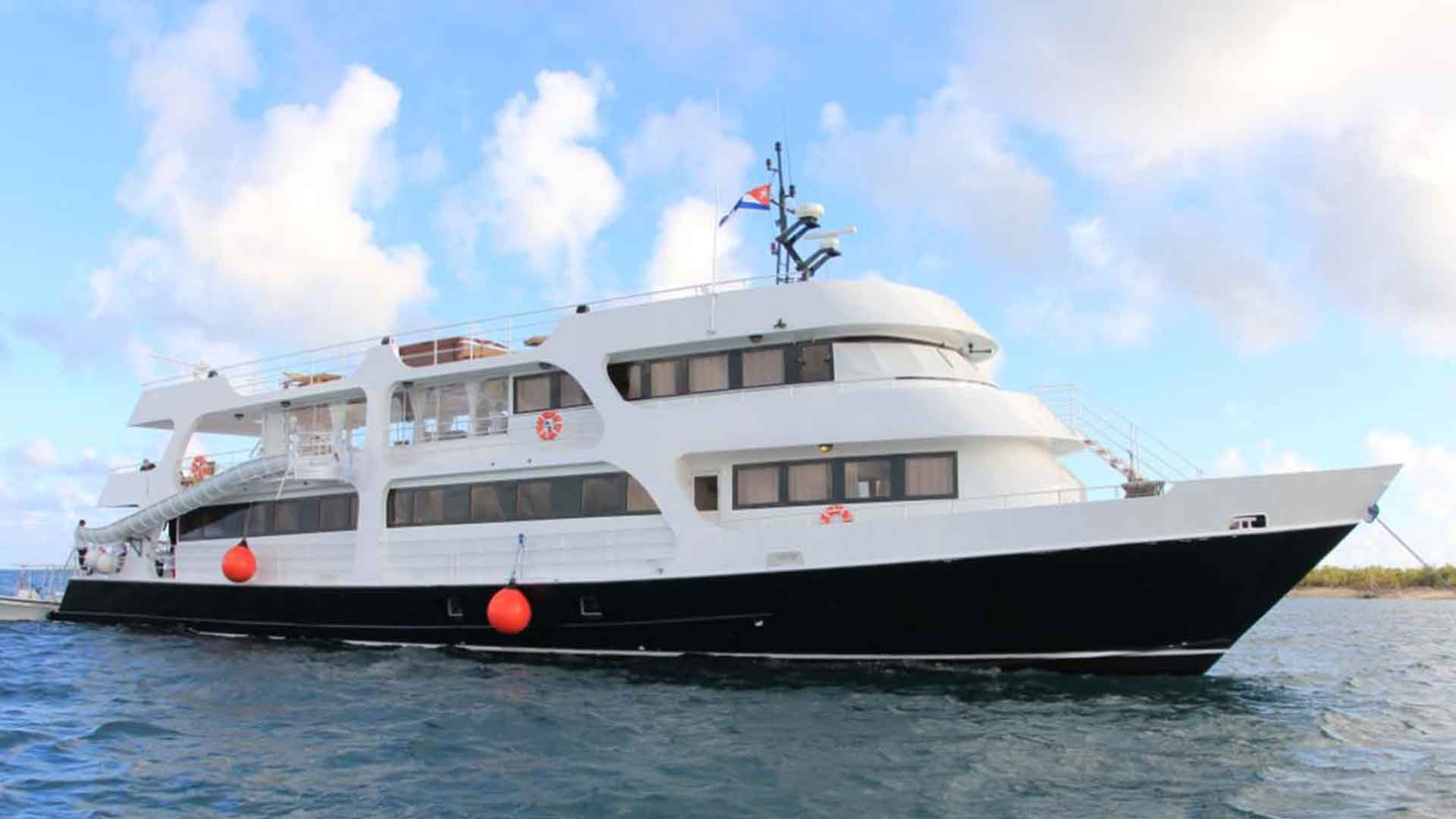 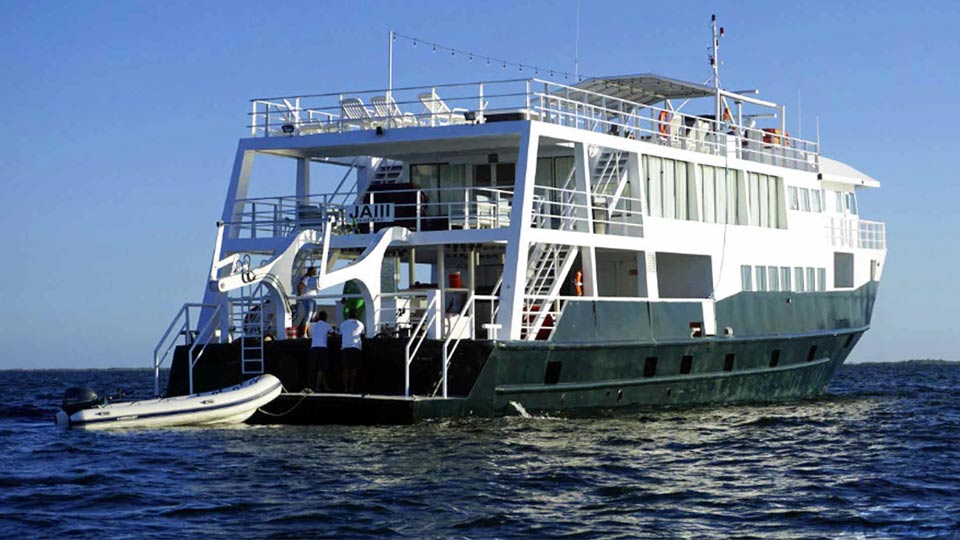 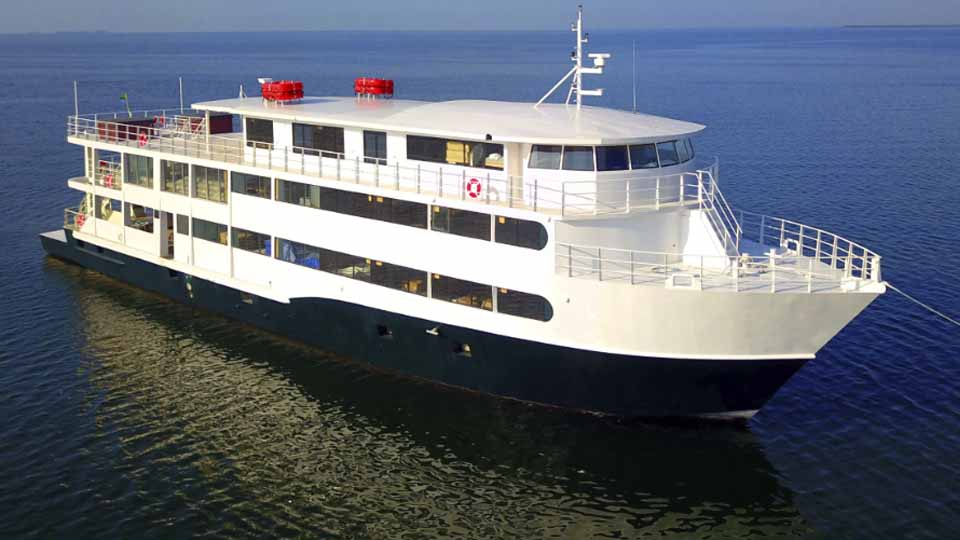 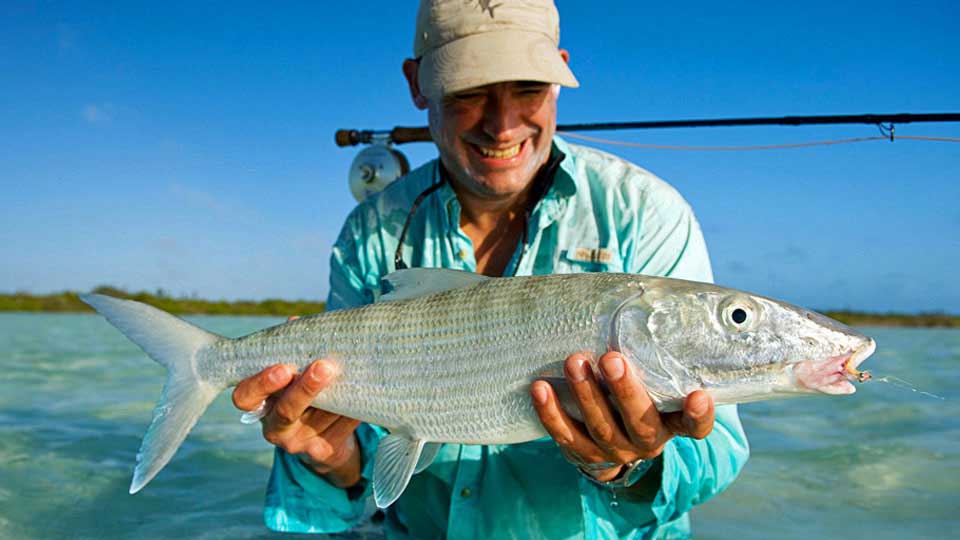 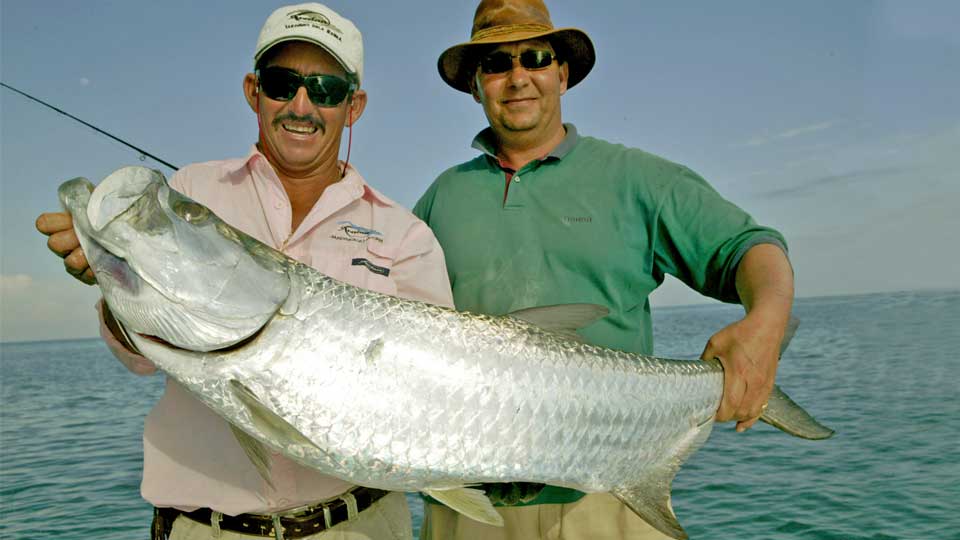 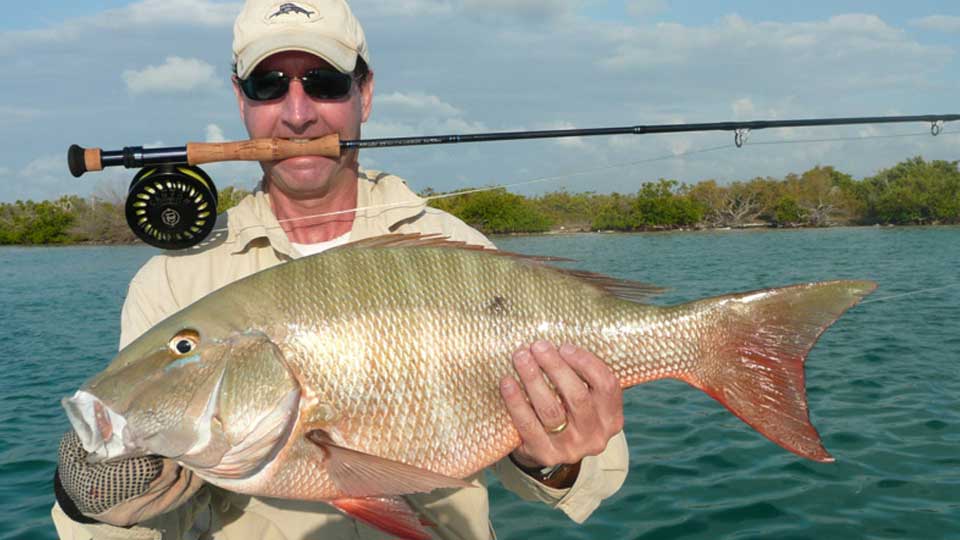 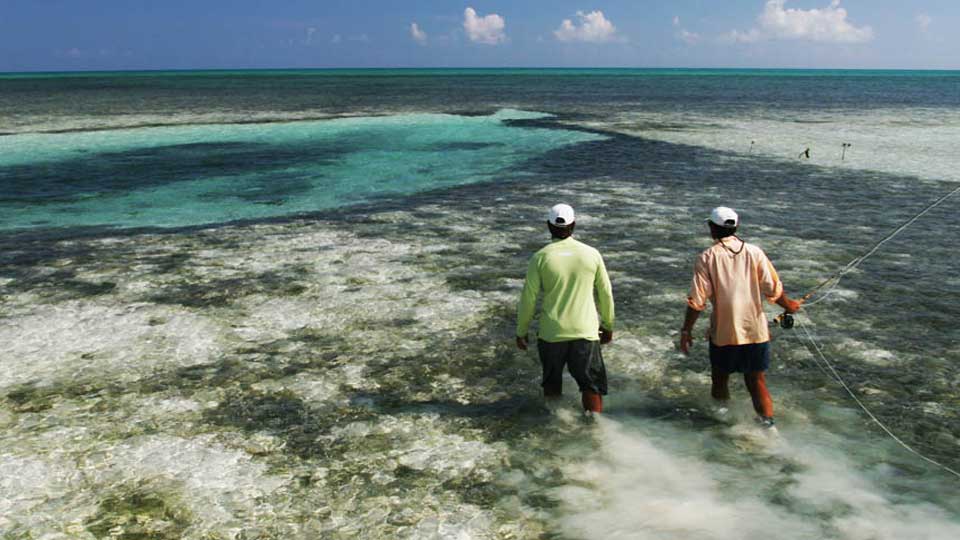 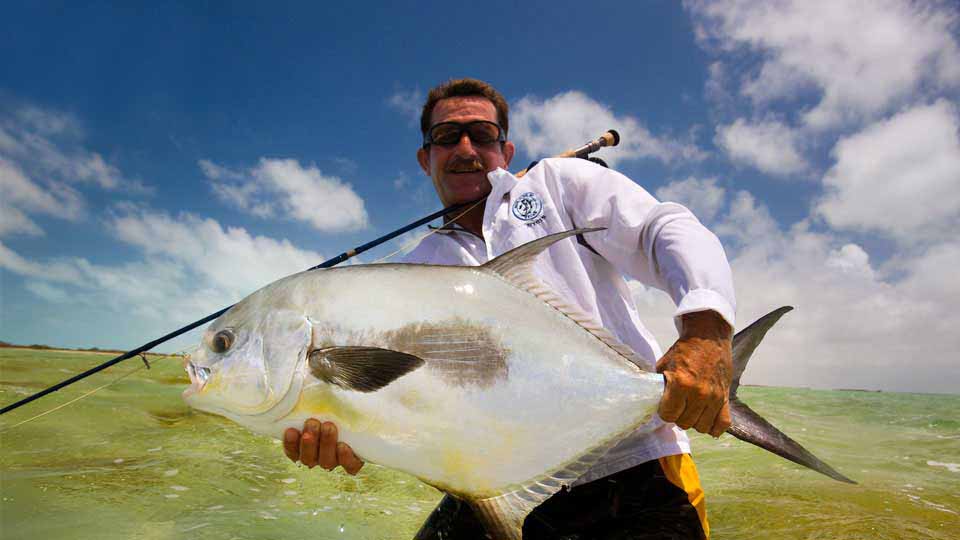 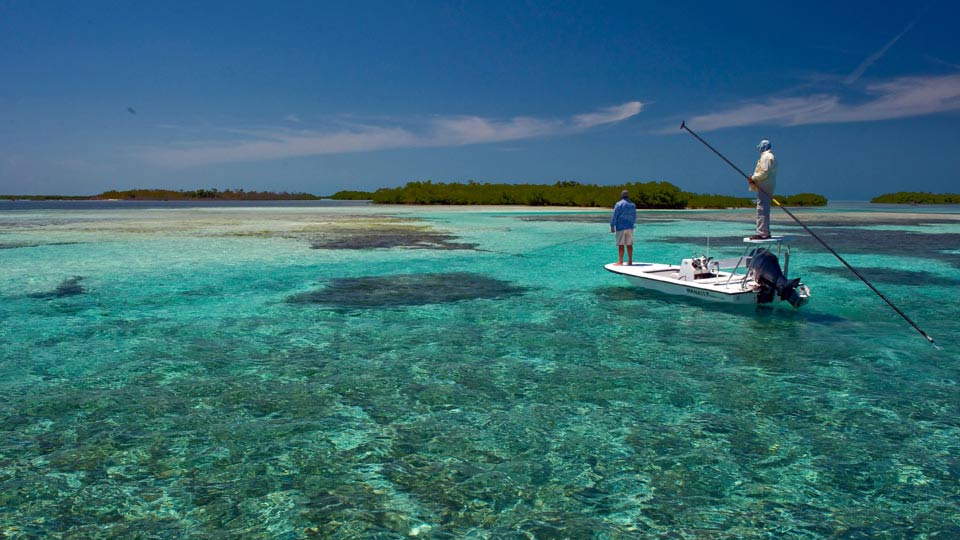 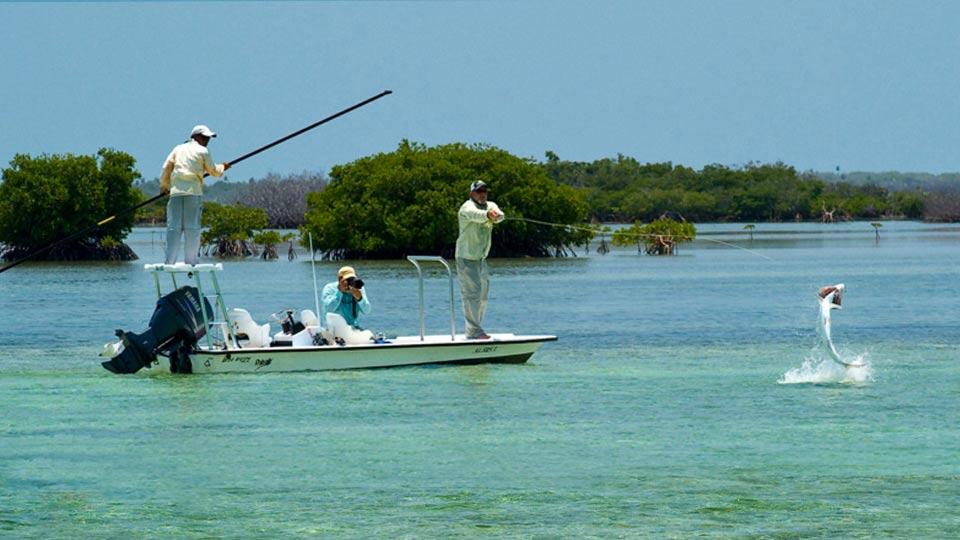 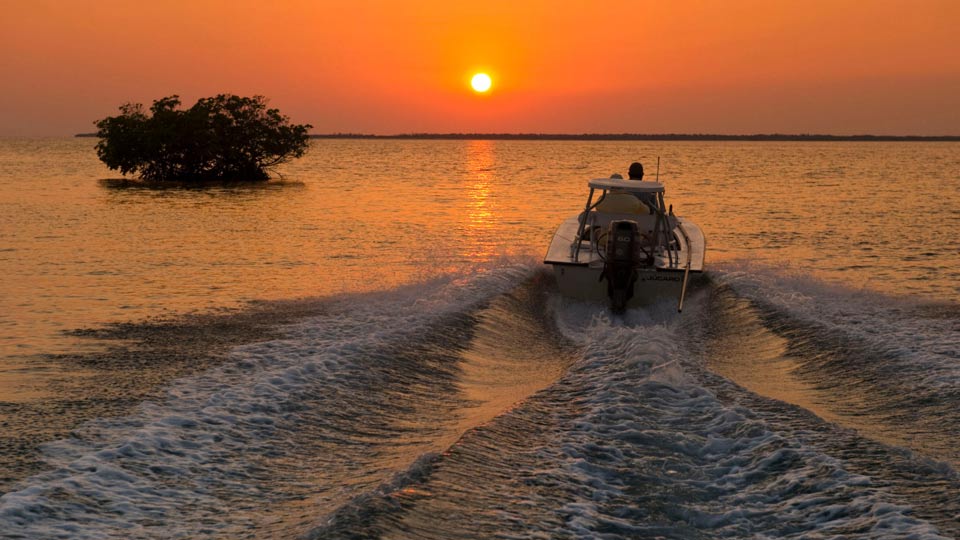