Golden Dorado are a predatory freshwater fish native to South America. They undertake migrations during the rainy season to spawn. Golden Dorado are extraordinary hunters and one of the best fighting freshwater fish on the planet. They’re aggressive with a ferocious strike, long, hard runs, high jumps, and fighting stamina. The locals call them River Tigers or "Your Majesty." They like moving water and most often stalk close to river structure. Back in 2012, our client Mike Sadar set a world record at La Zona Lodge for a fly-caught 50-pound golden dorado. Scroll down to see Mike Sadar's La Zona Recap. 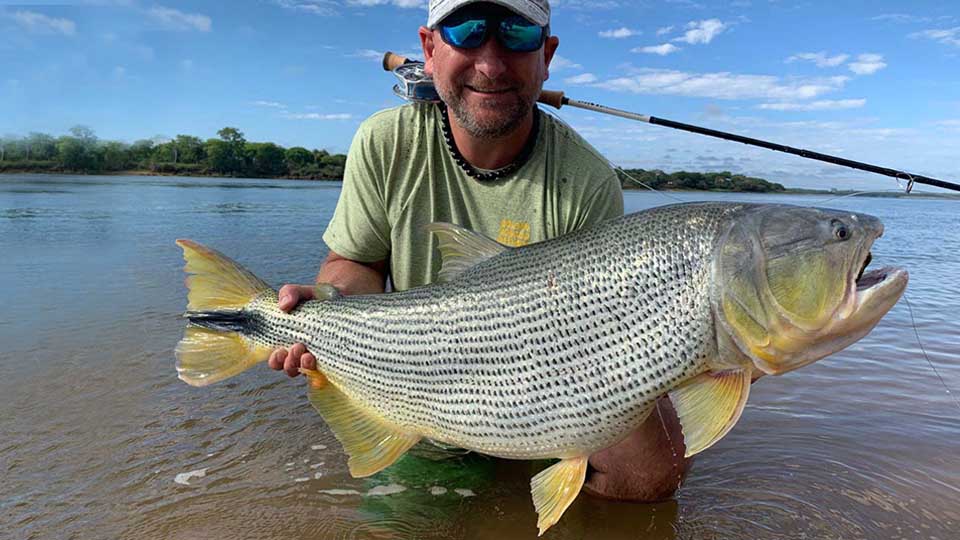 Within a few hours of Buenos Aires, this Golden Dorado River liveaboard adventure accesses some of the best dorado fishing on the upper delta of the Paraná River system.
See our 2023 and 2024 Hosted Weeks. 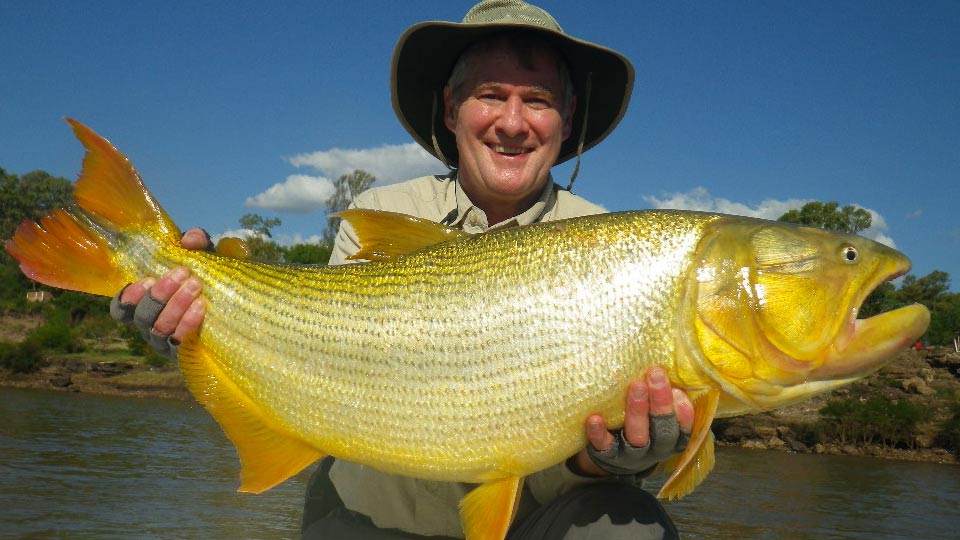 Fly fishing or lures. La Zona golden dorado fishing is unrivaled and home to over 12 fly-fishing world records. La Zona is the exclusive area on the Uruguay River, downstream from Salto Grande Dam. 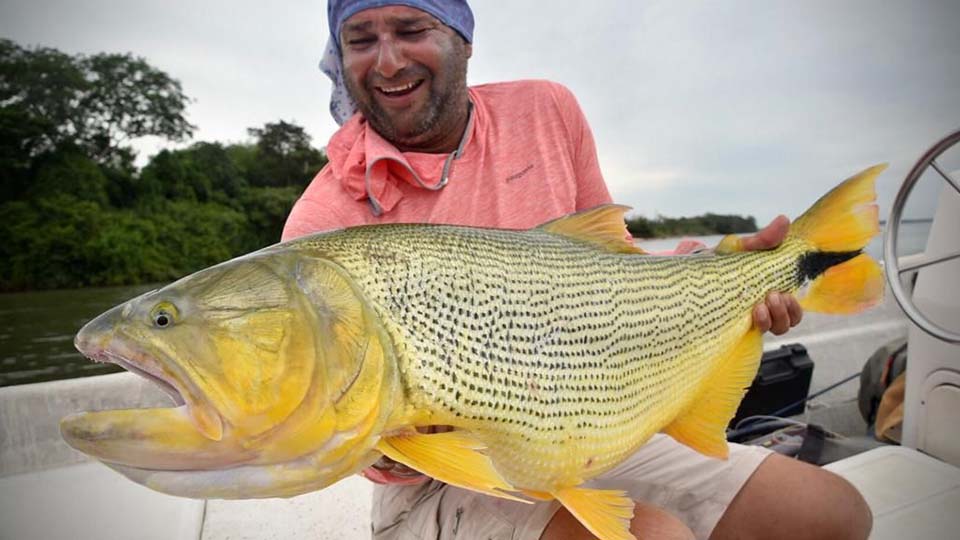 Flyfish Argentina's Ibera Wetlands or the Upper Parana River for golden dorado. SET Fly Fishing offers two very nice lodge options or combine both, with a charter flight between the two lodges included in the package. 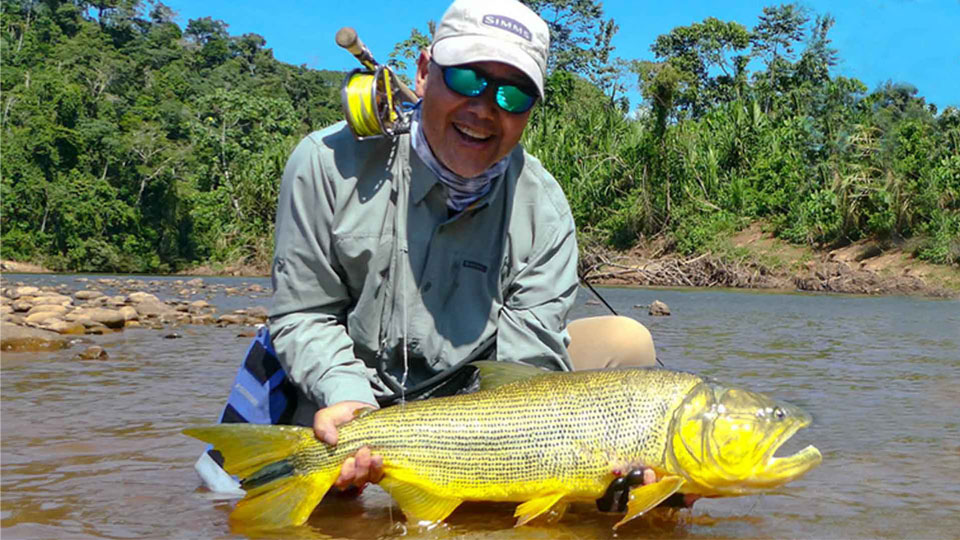 Remote fly-fishing-only camp hosts only six anglers per week. The Casaré River is nestled in the meeting point between the Bolivian Amazon and the eastern slopes of the Andes Mountains of Bolivia. 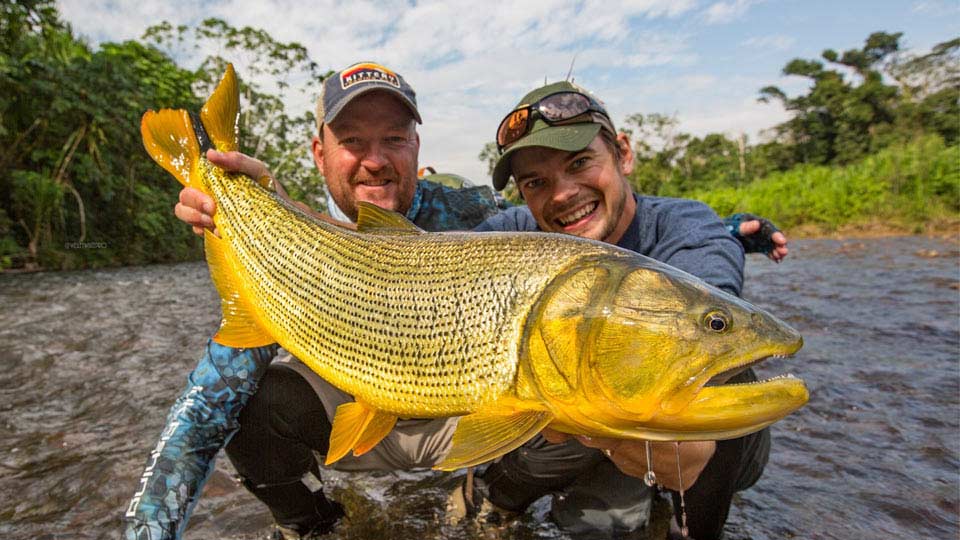 Remote fly-fishing jungle adventure. The camp is limited to four anglers per week. You'll travel up the headwaters of the Casaré River with local and professional guides in search of golden dorado. 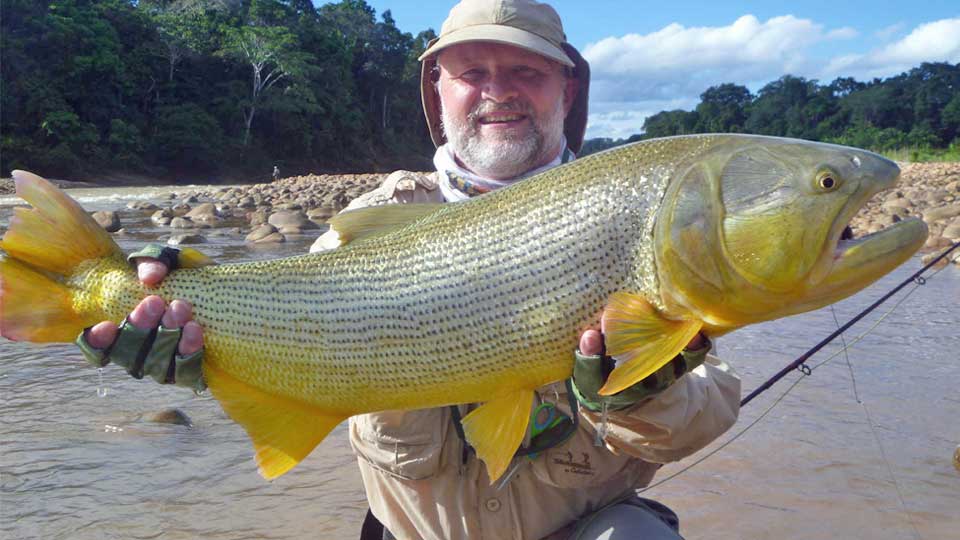 Fly-fishing-only. Tsimane is home to some of the most amazing, untouched rivers of the world. Sightcast freestone mountain rivers for two dorado species, pirapitinga, and pacú. Stay at Pluma, Secure, and Agua Negra Lodges.

In 2012, our client Mike Sadar landed a world record fly-caught 50-pound golden dorado. Mike's Golden Dorado Pledge:  "I, Mike Sadar, will do my very best to fish for this species at least once per year until the day I die." Read Mike's Recap. 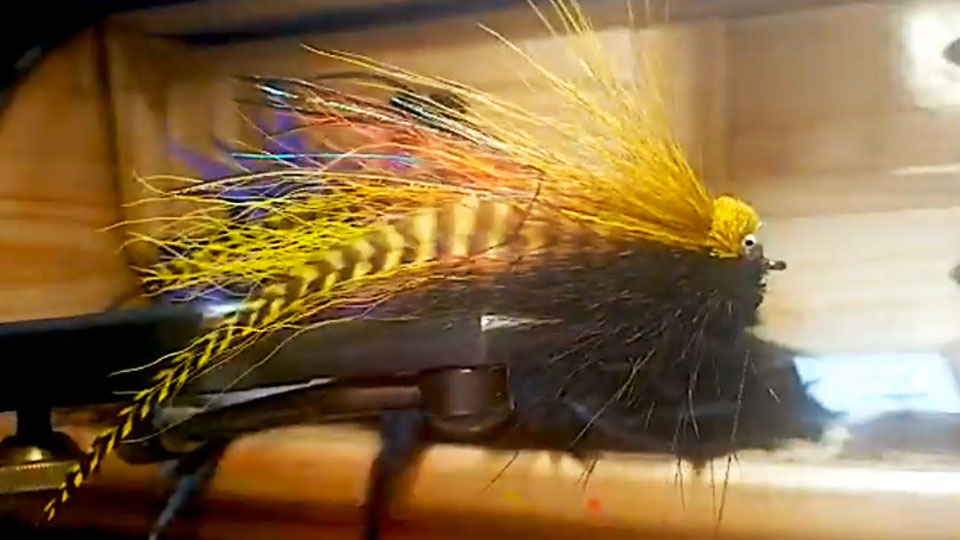 In this fly-tying YouTube tutorial, Dario Arrieta demonstrates how to tie the Andino Deceiver Special. The Andino Deceiver has probably caught more dorado than all the other patterns combined. The video is 1:14 in length. Created by tying master Carlos Ingrassia. 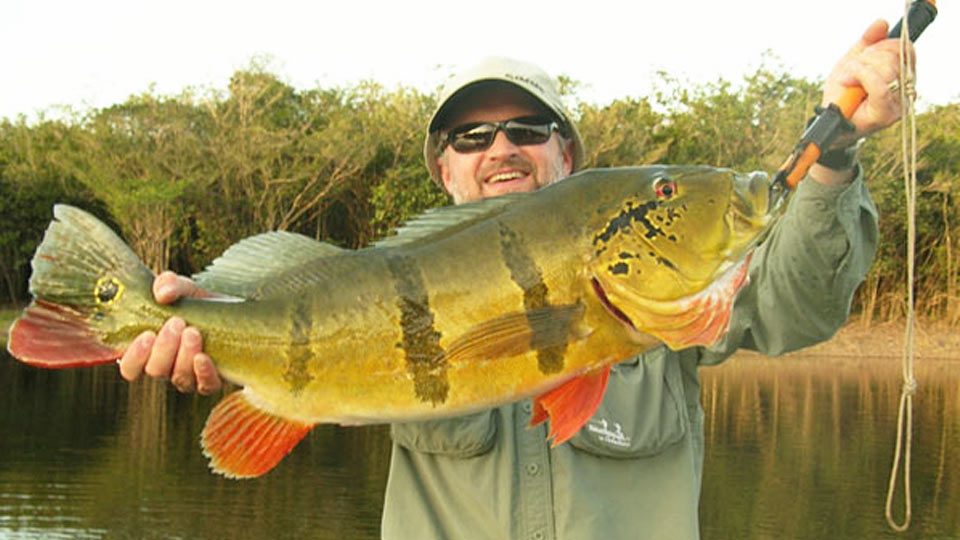 Many of our lodges require that you wear sunglasses to protect your eyes. In this article, you'll find several tips on why wearing high-quality Polarized Sunglasses is important.
Tips from:
• Brad Staples
• Guy Schoenborn
• Mike Sadar - World-Record Golden Dorado