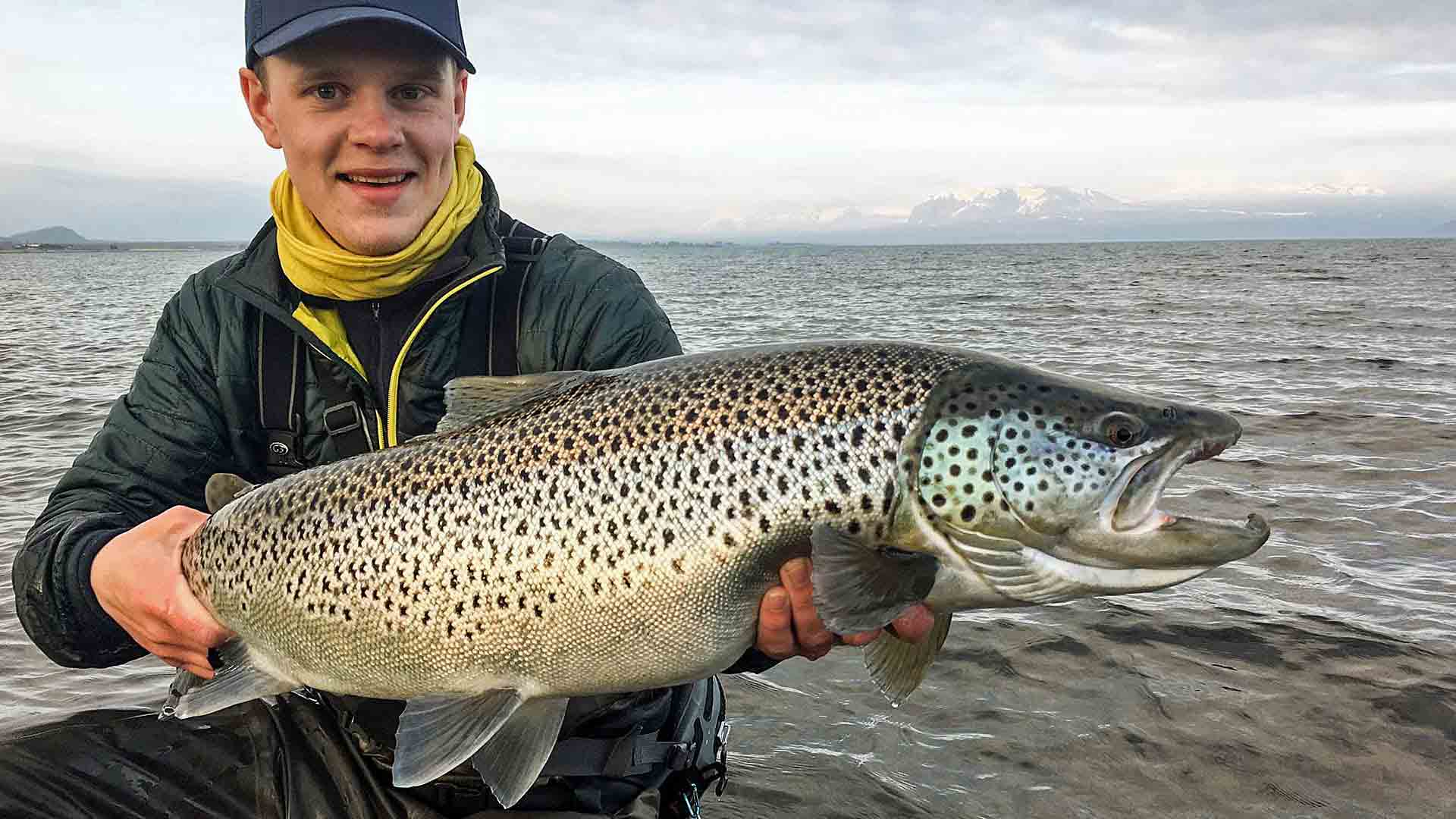 Lake Thingvallavatn lies along the North Atlantic Ridge, where the North American and Eurasian tectonic plates separated from each other. Canyons and fissures mark the National Park's landscape and cut the lake bottom in many places reaching its deepest at 377-feet, with an average depth of 111 feet. The lake's catchments area is 90 percent underground, and the water from thousands of cold springs has a constant temperature of 37 to 39'F. The spring water is filtered through layers of the surrounding lava, making the lake gin clear and large browns averaging 8-pounds easy to spot. Although this trip is all about brown trout, it's interesting that three out of the five of Iceland's freshwater fish species live in this lake—brown trout, Arctic char, and the three-spine stickleback.
Fish Partner's, the outfitter, has exclusive beats on Lake Thingvallavatn. With streamers, you'll target brown trout up to 36-pounds. Twenty-pounders are frequently landed in peak fishing times.
At Lake Thingvallavatn, anglers will have the option to fish into the dark but usually stop when it gets really dark. The best fishing is at twilight—not in complete darkness. 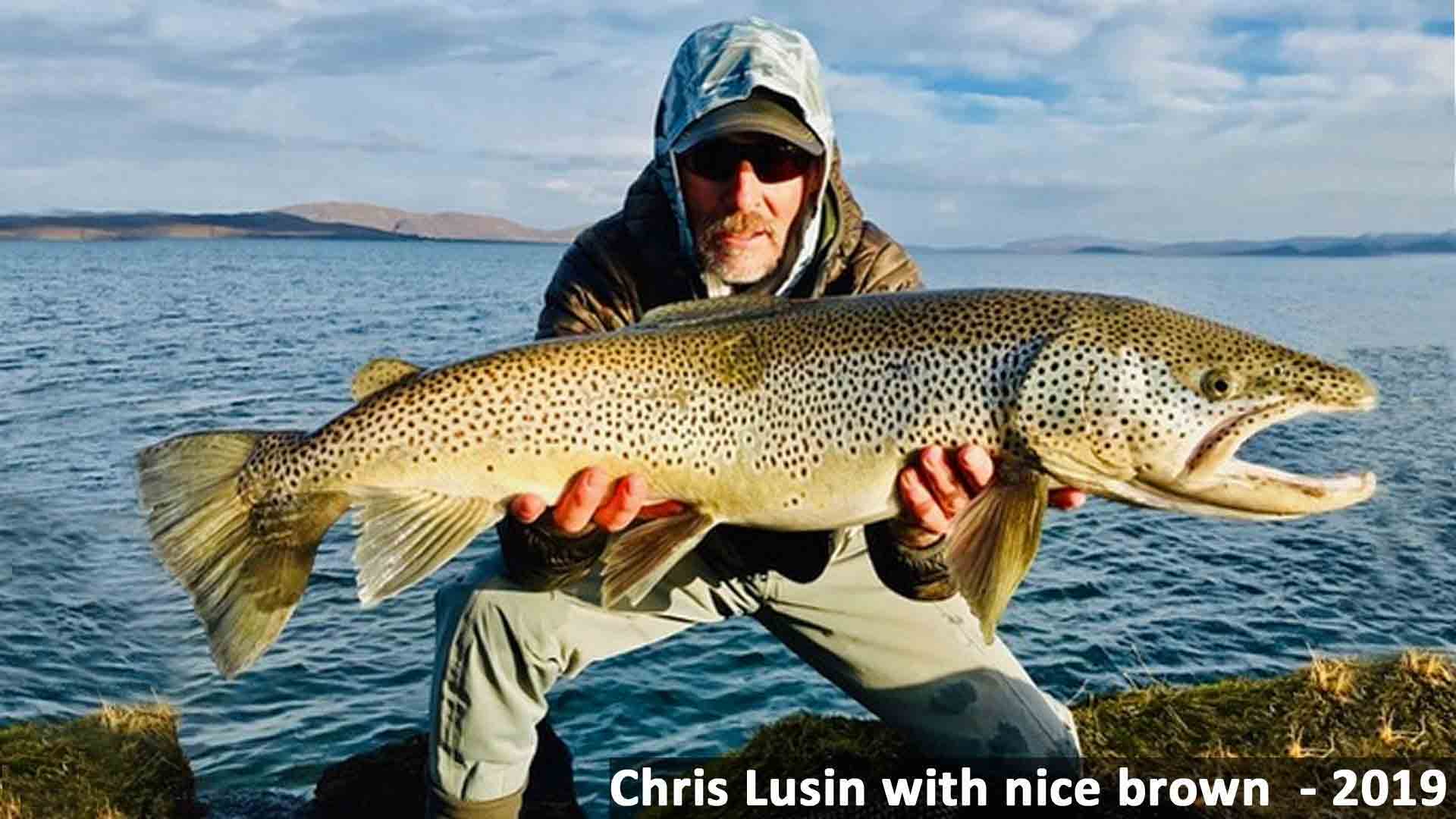 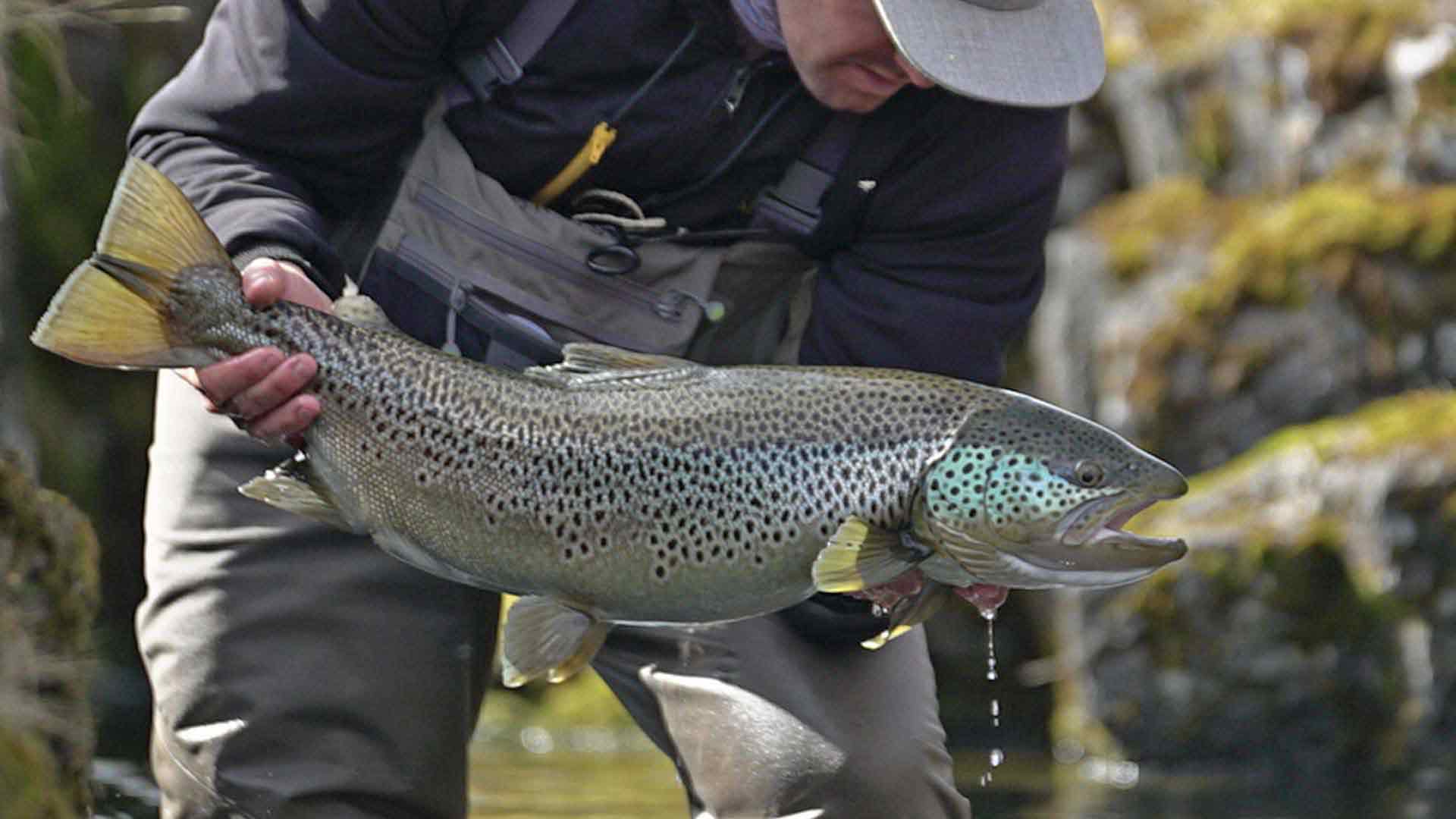 You're guided up to 12 hours each day. Each beat has its own season and a limit of two to six rods. All fishing is catch and release. At Lake Thingvallavatn, the evenings are commonly the best time to catch brown trout, although the daytime can also be productive. Each evening after dinner, your guide will pick you up from the Lodge for another round of fishing, and you’ll fish until dark.
The Kárastaðir beat (beat 1)
Season:  April 20 - September 15. May is prime time. This beat is on the north end of Lake Thingvallavatn, where river Öxará, the brown trout's main spawning stream, runs into the lake. Giant trout travel in groups and are often found circling the beat. The biggest fish landed to date was a huge 40-inch brown trout weighing around 30-pounds. The area is characterized by rough lava and deep underwater channels and drop-offs where the trout can be found. These channels create thermal movements of the water, which allows the trout to spawn in the lake.
Villingavatn beat (beat 3-A)
Season: April 15- September 15. The Villingavatn is one of the best brown trout beats in the world. This beat is limited to two rods. Here, anglers use small nymphs and dry flies. Streamers can also be strong.
Villingavatn beat (beat 3-B)
Season:  April 15 - September 15. This beat is best in the early season (April-June). This beat lies next to the famous Villingavatnsárós and is limited to two rods.
Villingavatnsárós beat (beat 3-D The Lake)
Season:  April 1 - September 30. Despite being small, Lake Villingavatn is the home to some very large brown trout. It has been kept under the radar for years and has only been fished by a select few. From the Lake, a small stream runs into Lake Thingvallavatn, connecting the two lakes and allowing the Thingvallavatn trout to enter the lake. The lake is divided into two beats, beat D-1 on the west bank, and beat D-2 on the east bank. Each beat is fished with two rods.
The Kaldárhöfði (beat 4)
Season:  April 20 - August 30. This new beat is in the southmost part of Lake Thingvallavatn, where River Sog runs from the lake. The beat also stretches south into Lake Úlfljótsvatn. Excellent for Arctic char fishing, especially in June through August. Six rods are permitted on this beat. The Kaldárhöfði is the only beat that allows spin fishing. 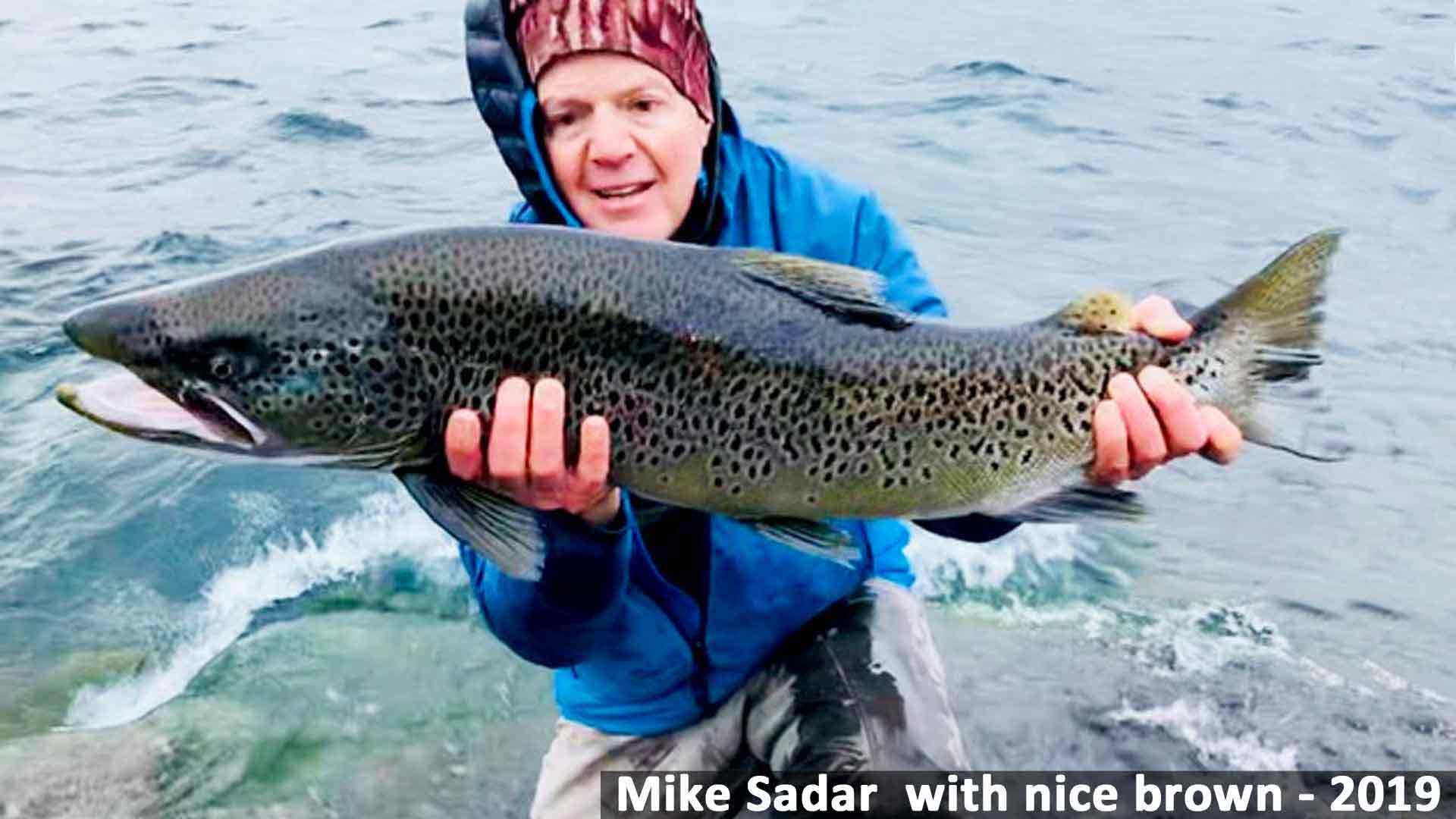 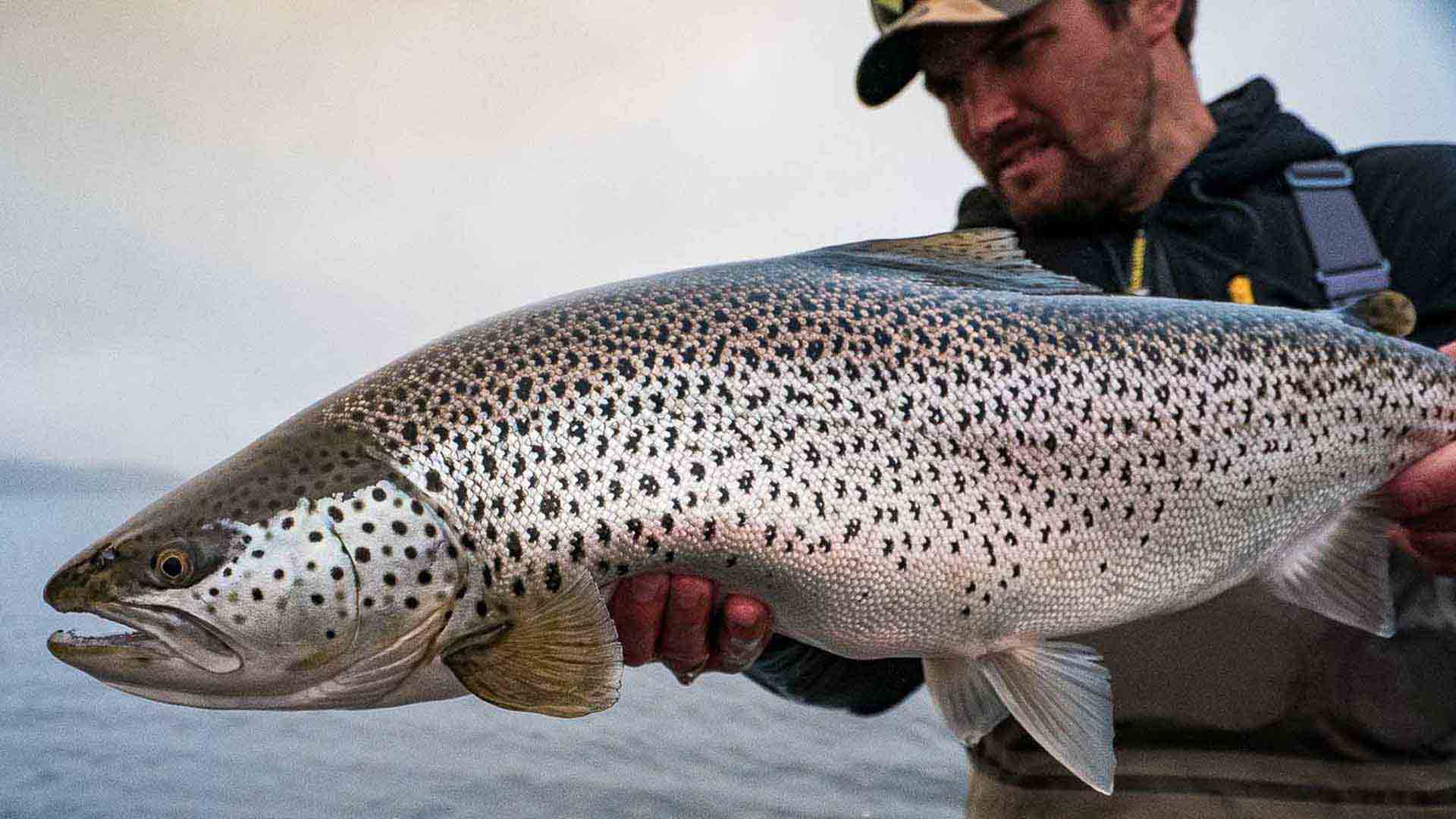 Guides:  Knowledgeable, English-speaking guides. Two anglers per guide.
Heavy tackle is recommended. 6 to 9-weight rods and at least 12-pound leaders. Floating lines are most common but intermediate and sink-tips can also be used. Streamers are really effective, and in the right conditions, dry flies and nymphs also work.
Equipment:  No equipment or flies are supplied. All flies should be new or unused as Iceland has a strict policy that requires anglers to sterilize their tackle before visiting the country.
Fishing Licenses are included in the package.
Travel Time:  The drive takes 5 to 20-minutes from the Lodge to the fishing areas.

For this package, you have the option of staying at a three or a five-star luxury resort (not priced the same obviously), within 20 minutes from the fishing beats. You'll enjoy a breakfast and dinner at the hotel and a boxed lunch while fishing.

You’ll fly to the Keflavik Airport, which is two miles west of Keflavík and 31 miles southwest of Reykjavík (pronounced Ray-ka-vick). A Fish Partners' representative will greet you at the airport. Depending on the time of your arrival, you’ll either be driven directly to your fishing location for the day or to the hotel of choice. The ground transfer between Reykjavík and Lake Thingvallavatn is not included in the package, approx. USD $376.00.

Day 2-5:  After breakfast, you'll fish one of the exclusive beats with your guide. You are guided up to 12-hours each day, includes travel time. Each day, you'll have lunch at the lake and dinner at the lodge. Possible sightseeing options.

Day 6:  After breakfast, you'll check out of the Lodge. The guide will drive the group back to the international airport for flights home.

Ground transfers to and from daily fishing beats, fully guided fishing, fishing licenses, all meals, double-occupancy accommodations, and Wi-Fi at the hotel. 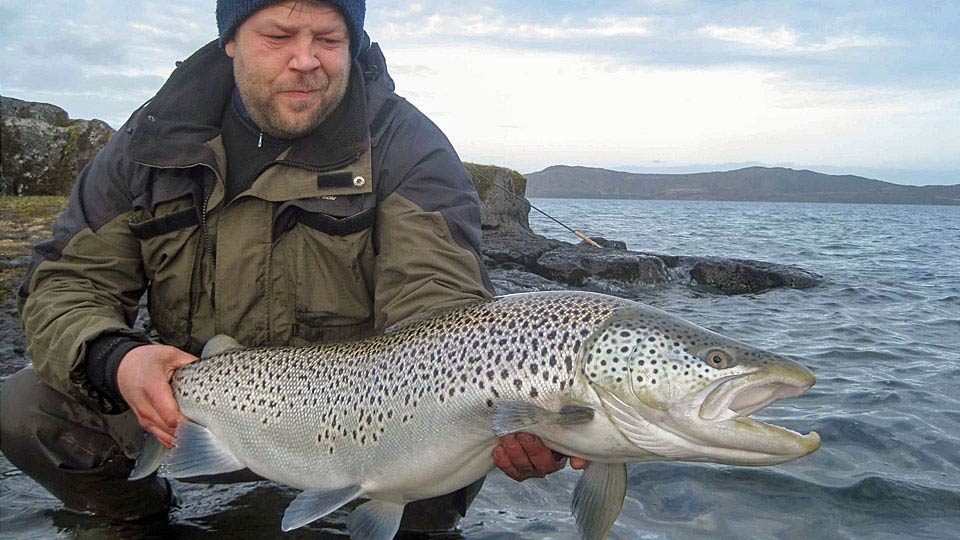 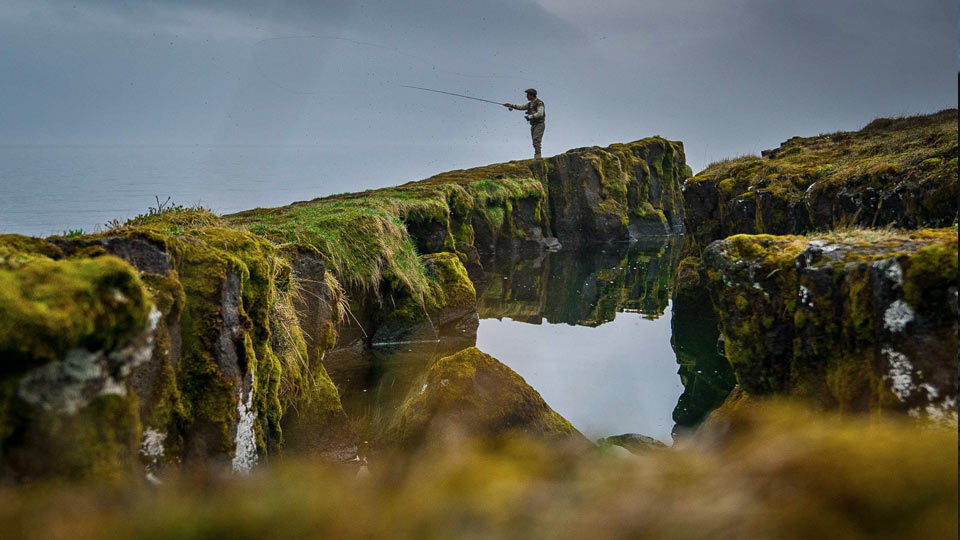 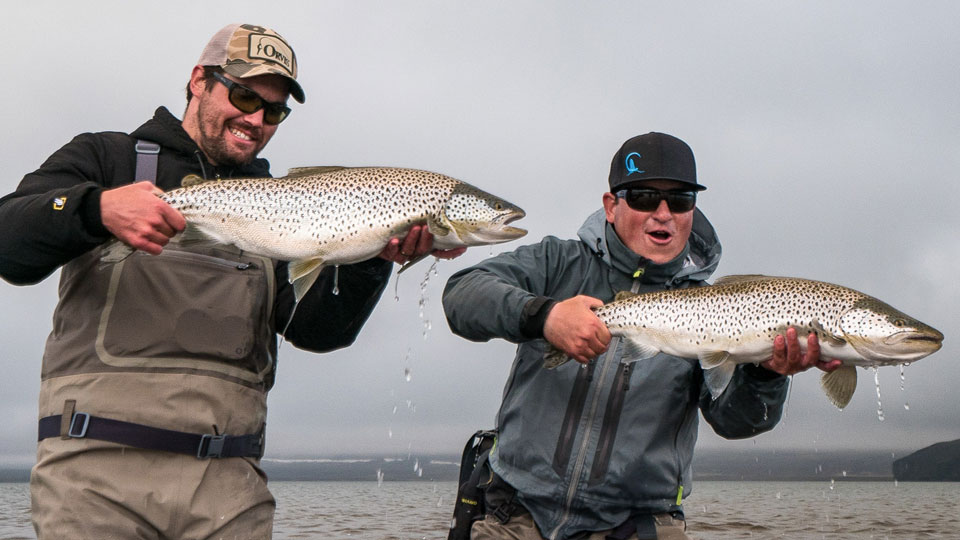 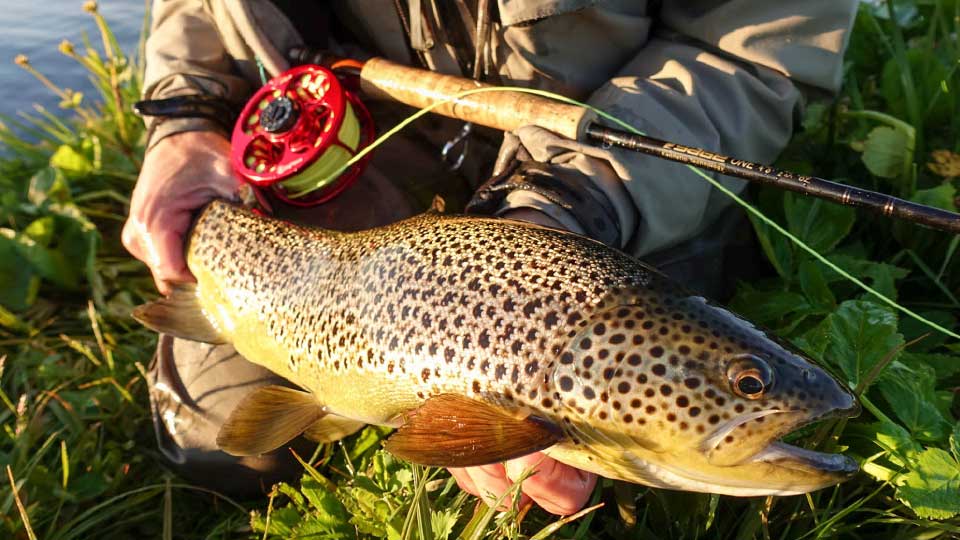 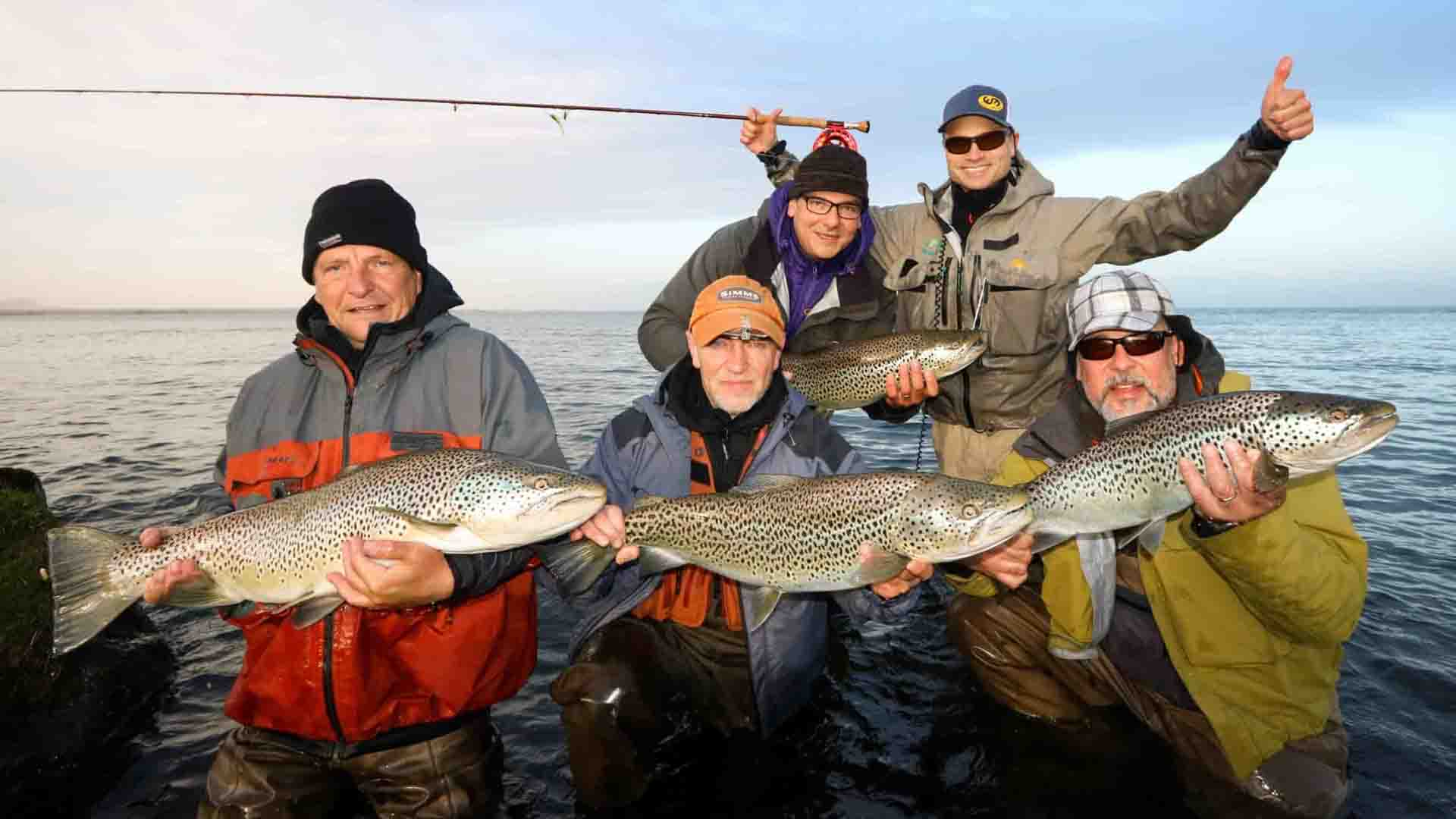 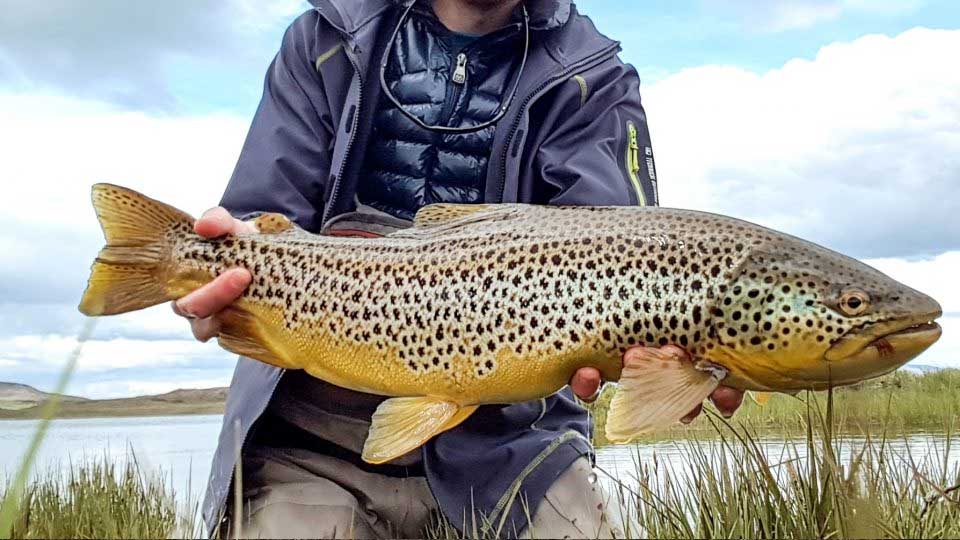