World-famous Isla Montuosa is about a 90-minute boat ride from Hooked on Panama Lodge. Located on Punta Burica Peninsula, which is shared by Panama and Costa Rica; the Lodge is about ten miles south of the town of Puerto Armuelles, one of the most beautiful areas of Panama. The area boasts a wealth of wildlife including howler monkeys and a variety of tropical birds.

The Lodge has year-round fishing. Fish the world-renowned Isla Montuosa, Isla Ladrones, and the 1,000-fathom drop-off. From the Lodge, the minimum run is over an hour. Isla Montuosa is 42 miles away and takes about two hours to reach. The runs for rooster and snapper are 10 to 15 minutes from the Lodge. Giant yellowfin tuna, black marlin, blue marlin, sailfish, wahoo, cubera snapper, roosterfish, and dorado are all frequent visitors to the waters off Panama.
The top season for billfish is December through April, with the best months being January through March. Winter months tend to be better for billfish. The giant yellow fin tuna are most frequent in the late spring and summer months, late April through August.
Hooked on Panama Lodge has three 35’ custom-built Sportfishers. Each boat has a licensed captain and deckhand on board, and each boat is roomy and very comfortable. Every vessel is equipped with safety equipment. Bimini tops protect from sun and rain. They have toilets, but not cabins. This feature is nice as the air moves through, and you rarely smell the boat exhaust. They have it all:  English-speaking guides, chairs, harnesses, 30-line to 80-line class rods and reels, top-quality spin and conventional outfits, live wells, tuna tubes, downriggers, outriggers, and planers. With their week-long sportfishing vacation packages, you'll have plenty of time – four full days out on the water – to land the fish of a lifetime.

About Hooked on Panama Lodge

The main lodge is 3,000 square feet and consists of a restaurant, bar and pool table, plus a big screen satellite TV. There is a large covered lanai (deck), so you have a choice between indoor or outdoor dining. Both the main lodge and cabins have tropical hardwood high beam ceilings, Spanish tile floors and plenty of space to relax.
There are twelve, studio-sized, air-conditioned cabins with private covered decks. Each room has two queen-sized beds, hot water, and a private bath. The Lodge and cabins have spectacular views of the ocean and freshwater swimming pool. The swimming pool is 20 x 40 feet. The shallow end is three feet deep, and the deep end is eight feet with a small kiddie pool above it. Laundry service is free of charge. 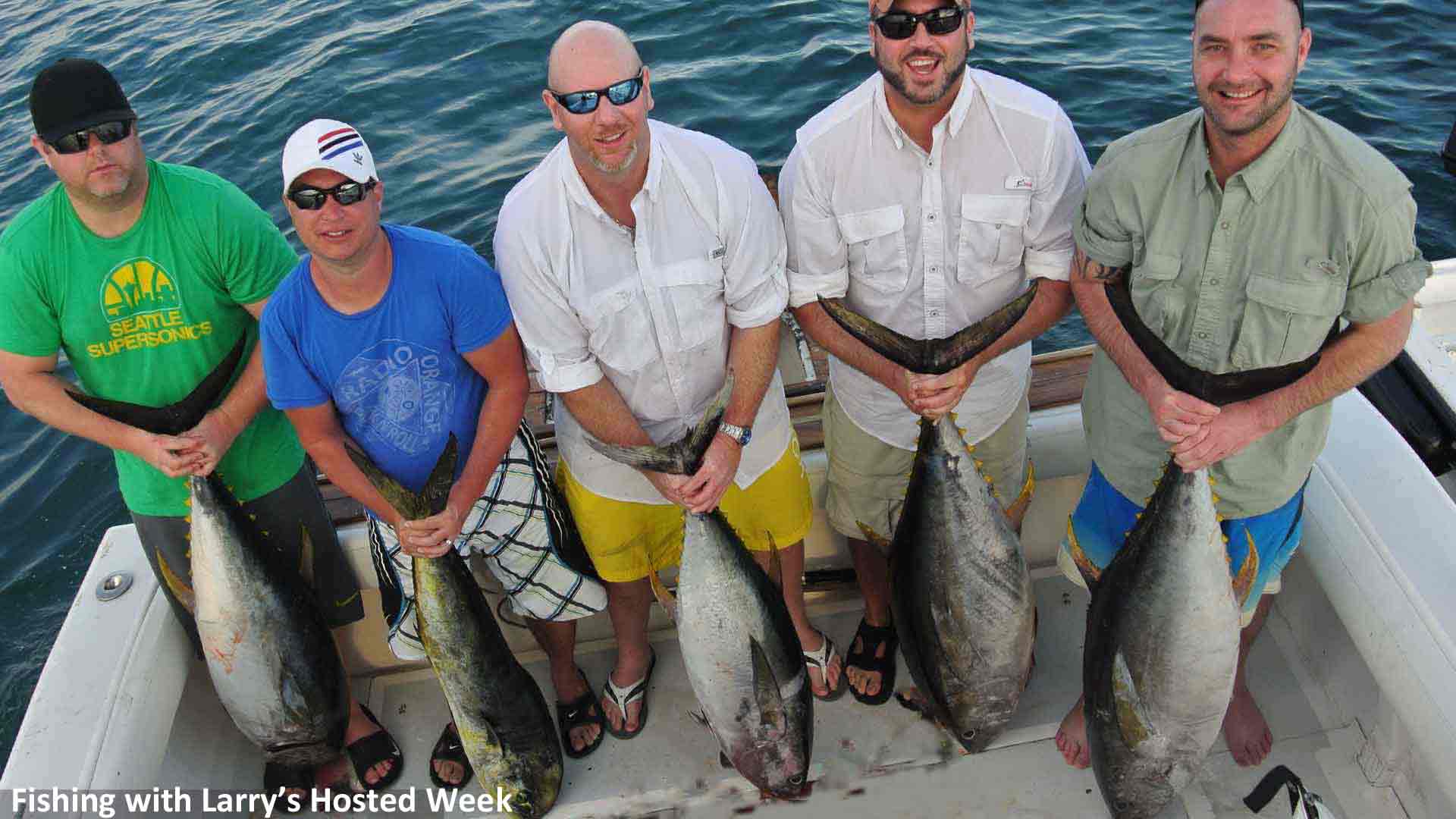 "The first two days of our hosted trip were spent targeting sails, and we found them. Each day as we made our way offshore, we viewed schools of dolphins, turtles, baitfish, and jumping fish. Most days, we didn’t have to wait long before a sailfish or dorado started chasing the topwater teasers or baits with an ensuing battle. Each boat rose between 4 to 8 sails daily, with eight sails and seven dorados being landed on the first day. Day two results were similar, as we chased fish in great ocean conditions. Several times we attempted to run and try catching tuna as schools of baitfish and feeding birds indicated it was worth a try.
On day three, all three of the boats headed for an extended day to the famed Isla Montuosa on a perfect ocean. Only minutes after arriving, Wolfgang and I were hooked up to an immense blue marlin, the second to strike at the lure in mere minutes of arriving. With the hook solid and everyone jumping to action, we quickly broke off the big fish as it was jumping and writhing to throw the gear in the distance. What a thrill to see a giant shape charge our trolled gear right behind the boat. Wolfgang and I raised eight more in our boat that day. Call it nerves, inexperience, or bad luck, but we managed to lose all four that we hooked up on.
Meanwhile, the other two boats in the fleet bested us with Kurt and Maryann landing four of the five fish they raised. Lori brought in a beast of a blue marlin on the Bader/Meyer team. Altogether, 19 marlin were raised, and five were landed (both blue and black) on day three.
On the last day, we chose to stay inshore and fish for roosters and snapper. Hooked on Panama has some of the best roosterfishing that can be found and we weren’t let down as everyone found and fought fish. Hooked on Panama is a wonderful location, set on the Northwest tip of Panama in an area with little fishing pressure. Their boats are designed and built on-site and are some of the most comfortable fishing boats that I’ve had the pleasure of fishing out of. Their staff was warm and friendly and the food and drink wonderful." - Eric Schoenborn

You’ll fly to Panama City, Panama. In the morning, you’ll be driven to Albrook Airport for your 30-minute flight to David. From David, a transfer service will drive you to the Lodge, a two-hour drive.

Royal Saloon Service at Tocumen International Airport, first and last night’s hotel stay in Panama City, round-trip airfare from Panama City to David, all transfers to and from airports and hotels in Panama City, transportation from David to the Lodge, open bar at the Lodge, lodging, all meals and beverages, use of boat, crew, tackle, bait, ice, fuel, lunches and beverages while on board, and laundry service.

Packages do not include:

International airfare to Panama City, meals and beverages in Panama City, gratuities to your captains, mates, and lodge staff, Panamanian Tourism Hotel Tax of $10.00 per day per room at the Lodge, $60 departure tax, and anything not mentioned under inclusions.

Non-Angler Activities:  Enjoy the comfortable air-conditioned main lodge, bar, and restaurant. Swim in the freshwater pool or relax in a palapa in a hammock. Take a seven-mile-long nature walk along the beach at low tide. There is great scenery nearby for wildlife viewing or photography. It’s a great place to hang out and read a book. 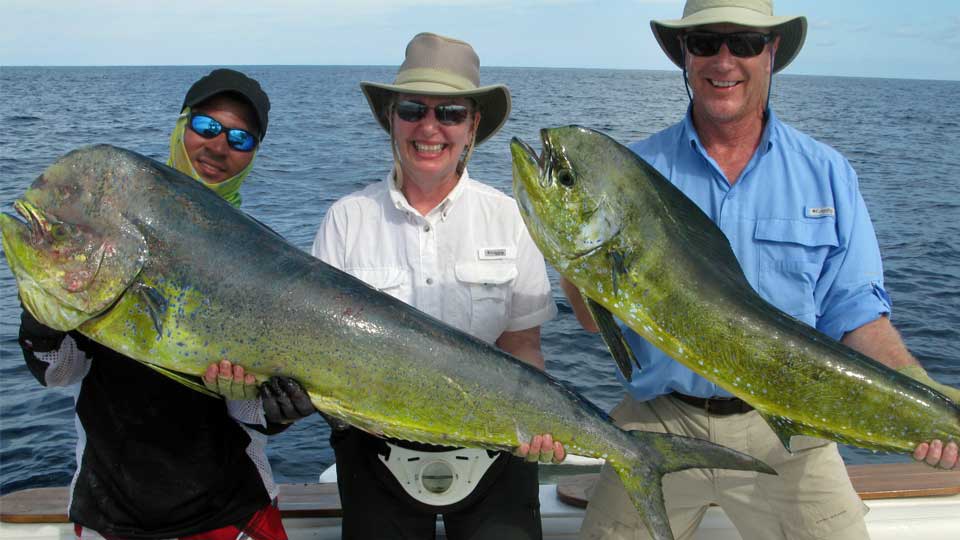 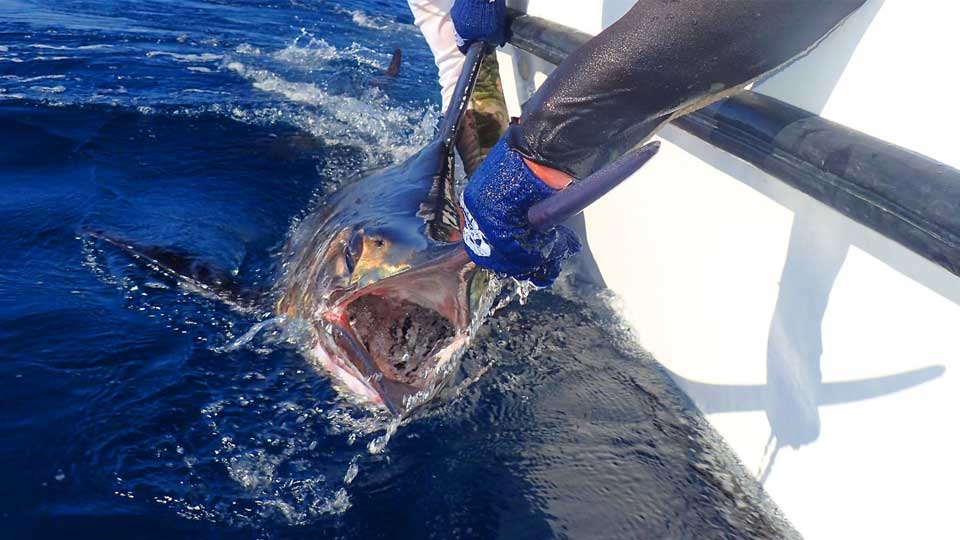 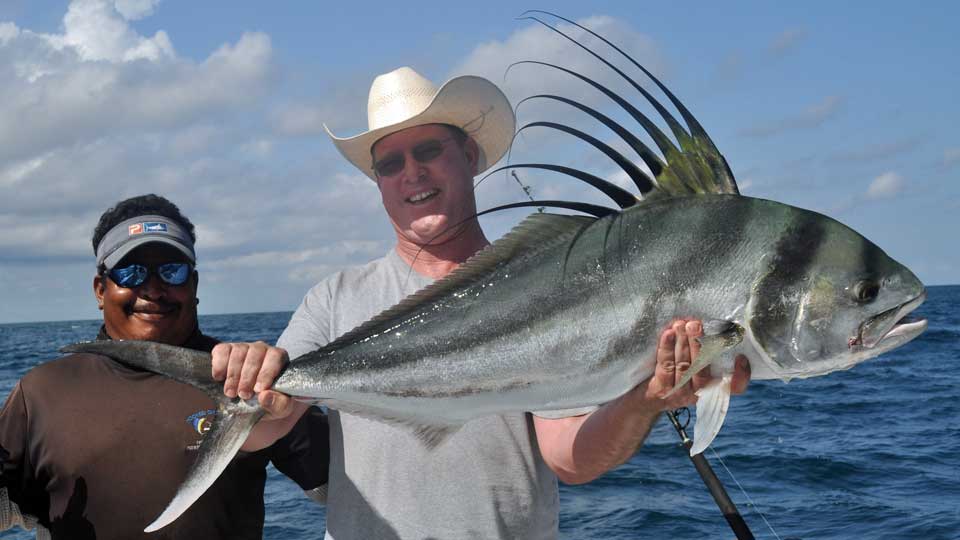 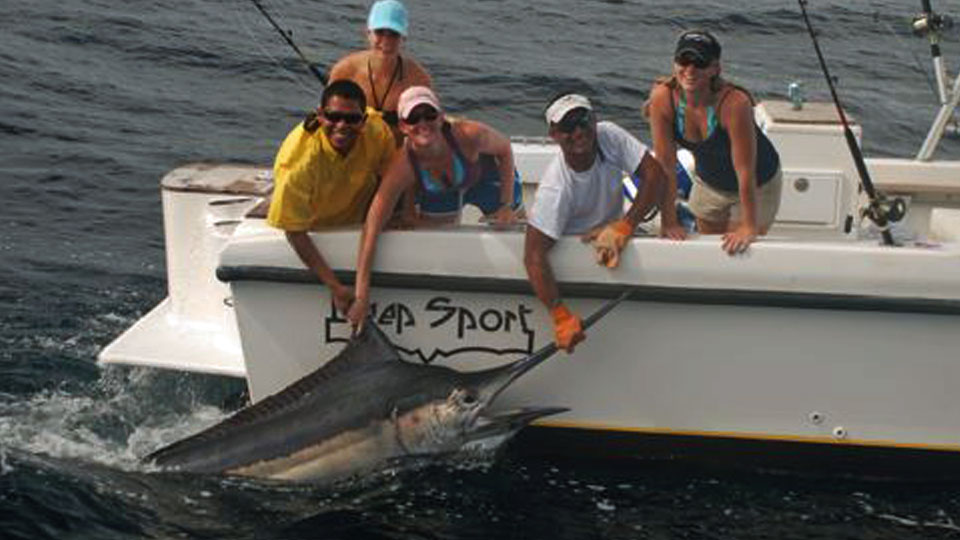 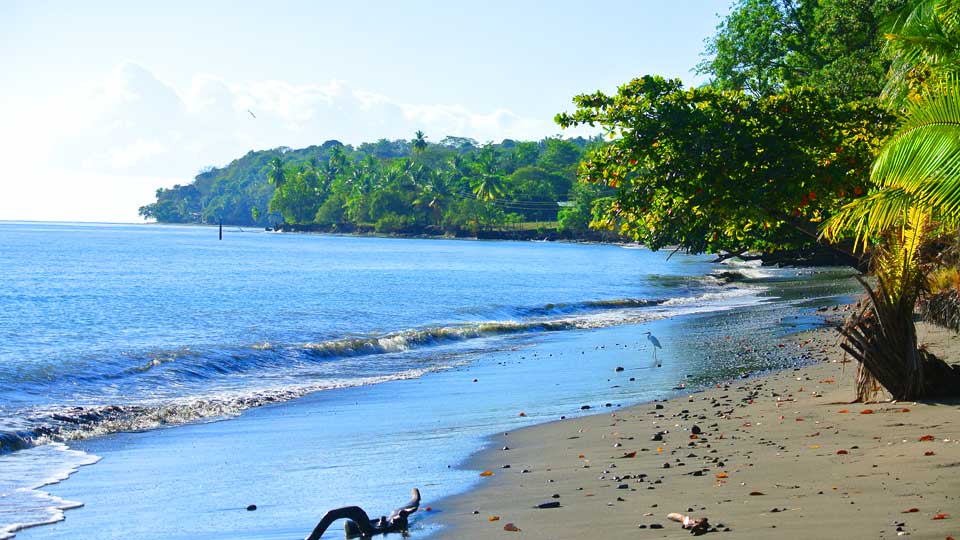 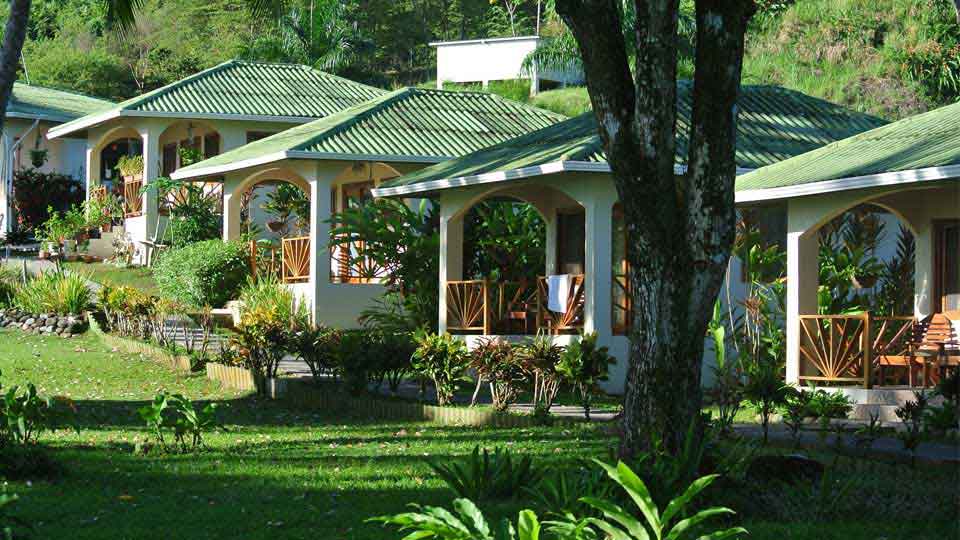